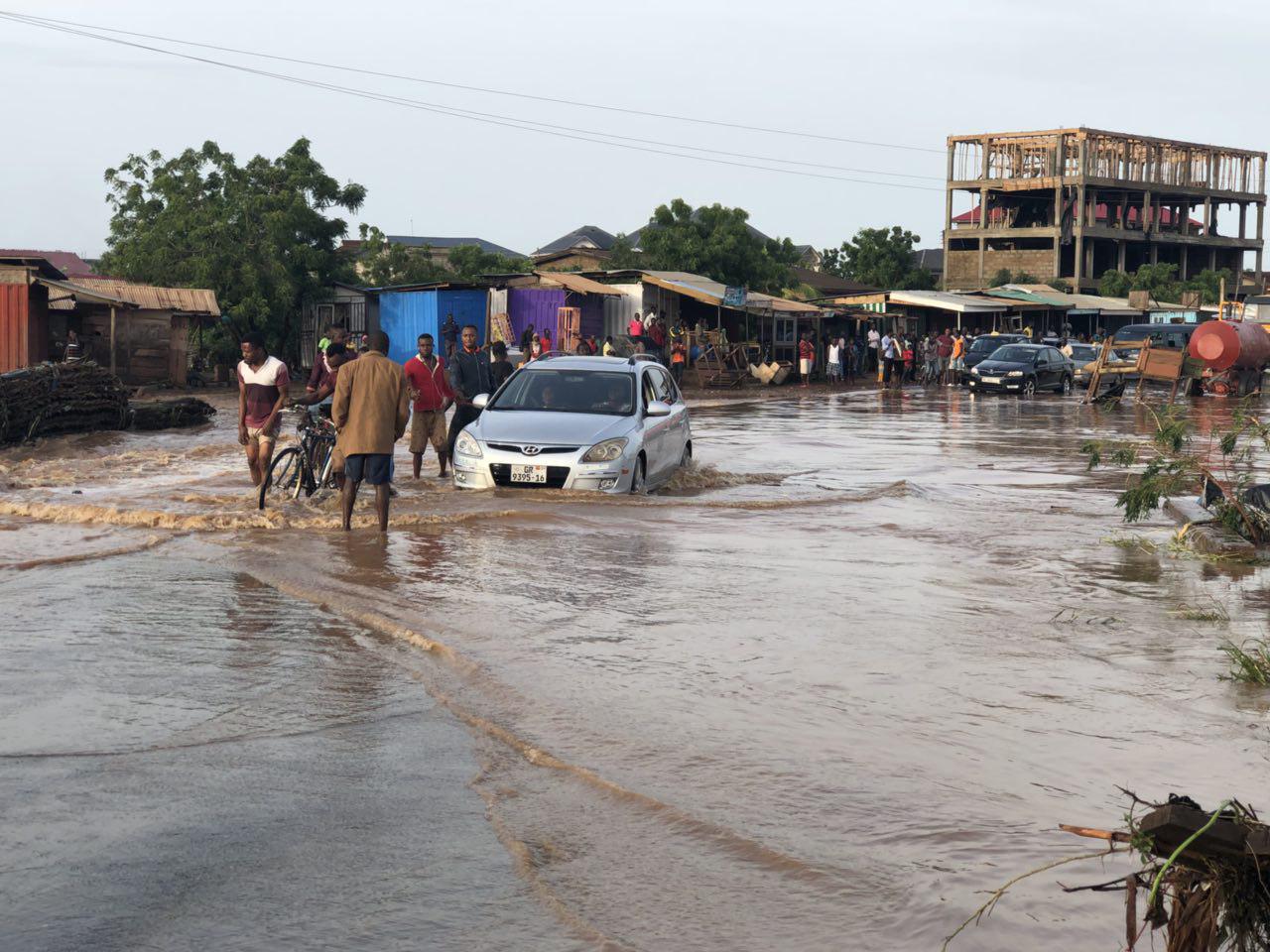 were killed as the raging waters swept across the city of Accra and its surrounding municipalities.

Among the deceased was a female medical doctor who died at Teshie whilst a two-month-old girl also died at Madina.

In the Trasacco Valley area, a 40-year-old man was found in a drain.

In Ho, a grandmother and her two children were electrocuted while fleeing from the ripped roof of their kitchen.

The bridge at Nanakrom junction (pictured above) which connects Ashale Botwe School junction to East Legon Hills was not passable Monday night and early Tuesday morning due to the flood which was unleashed by the heavy rains.

The floods submerged the bridge and the road and some commuters had to sleep in their vehicles.

Those who were familiar with the Lakeside Estate road used that alternative route to link East Legon Hills but that was not without difficulty as some portions of that road was also flooded.

It was not until , when the water level went down that four-wheel vehicles were able to cross the Nanakrom bridge.