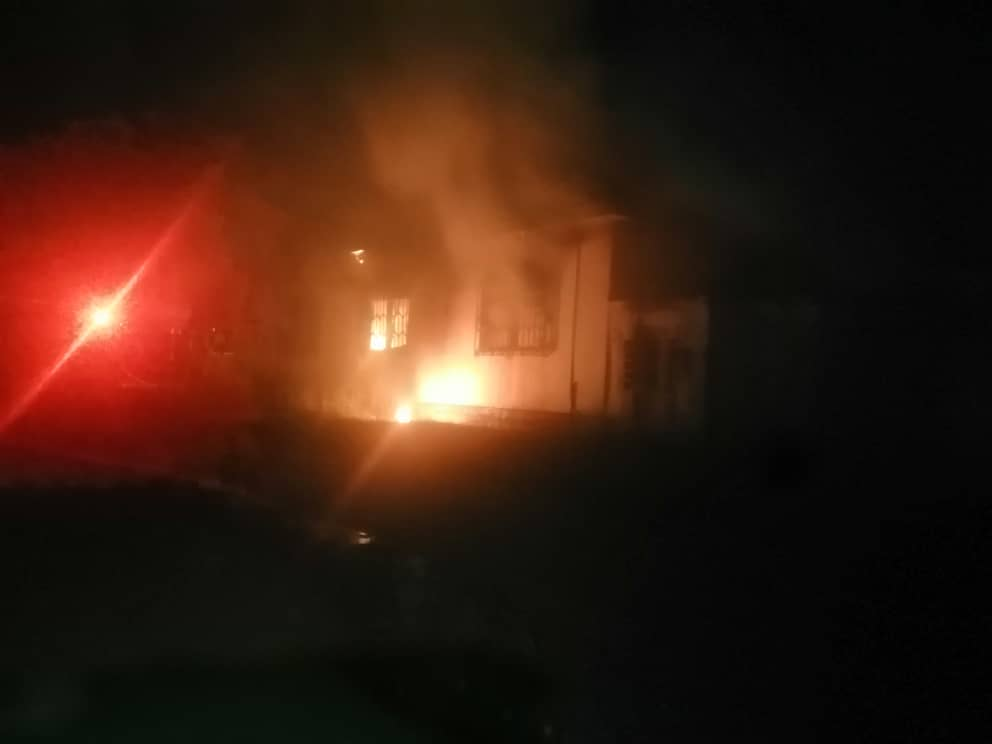 The Fomena District Electoral Office in the Ashanti Region on Tuesday dawn was gutted by fire.

Graphic Online’s Kwadwo Baffoe Donkor reports that it is unclear when the fire started and that Fire Service personnel were at the scene trying to douse the fire.

He reports however, that Electoral Commission (EC) officials are still at the collation centre not too far from the district office working on the parliamentary and presidential elections.