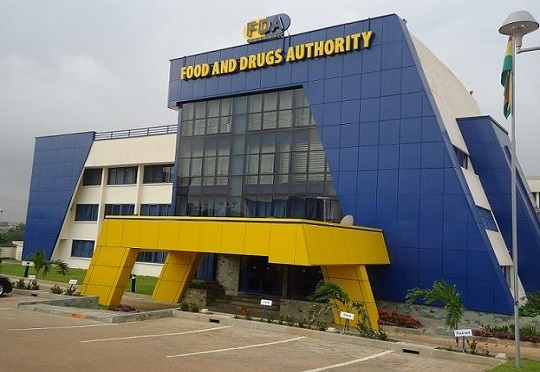 The Food and Drugs Authority (FDA) has affirmed that Living Bitters capsules, the herbal medicinal product from Capital 02 Limited, are safe for human consumption.

This follows a social media video purporting that the medicine has been adulterated with some non-edible and potentially harmful substances.

The FDA, in a statement signed by the Chief Executive Director, Mrs Delese A. A Darko, said the Market Surveillance Team of the authority carried out investigations to ascertain the veracity of the claims in the video, but found nothing wrong with the bitters.

It said the sampling was done at the FDA’s ISO17025 (2017) accredited laboratory for quality analysis.

From the laboratory results, the statement said, the FDA established that each capsule contained varied compositions of aloe capensis, hydrastis canadensis, among others, as per the label.

It said the differential analysis ruled out the presence of coal tar or other harmful products, and that according to the analysis, the products completely dissolved in any liquid that mimicked digestive fluids.

“The FDA, therefore, wants to assure the public that the product is safe for consumption and has not been adulterated,” the statement said.

To that end, the authority urged consumers of its regulated products to always look out for proper products labelling which must include product batch numbers as well as manufacturing and expiry dates.

The authority further assured the public that it would always uphold the health and safety of Ghanaians as mandated by the Public Health Act, 2012 (Act 851).

The Managing Director of Capital O2 Natural Health Company Limited, Mr Benedict Otoo, told the Daily Graphic that he was grateful that the FDA had come out to clear the company's name.

"For the FDA to come out like this, I believe a lot of Ghanaians will also be relieved," he said and added that although the video was meant to tarnish the image of the company, the company's reputation was not dented due to the public confidence in its products.

"So once the FDA report showed that what they picked from the market was same as what we had here, it also debunked the suspicions that there were fake products on the market," he said.