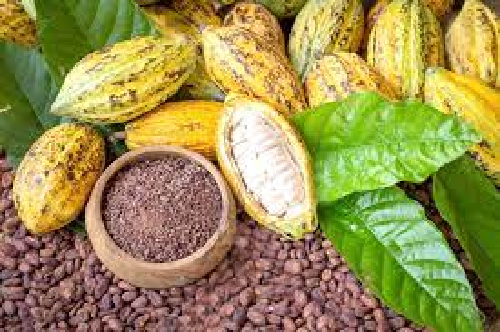 The Executive Secretary of the Cote d'Ivoire-Ghana Cocoa Initiative, Mr Alex Arnaud Assanavo, has pledged to secure decent incomes for cocoa farmers in the two countries in honour of their toils and for the sustenance of the industry.

Mr Assanavo said it was right that cocoa farmers in Ghana and Cote d'Ivoire were properly remunerated to compensate for their investments to motivate them to sustain and increase production of the crop.

While describing decent incomes for cocoa farmers as a human right, the first Executive Directive of the initiative said the governments of the two countries had thrown their weight behind the secretariat to secure a higher income that would represent a fair share of the revenues that their efforts deserved.

The former Director of Corporate Services at Mars Inc gave the commitment yesterday in Accra when he presented his letters of accreditation to the Minister of Foreign Affairs and Regional Integration, Ms Shirley Ayorkor Botchwey.

“The vision of the initiative is to move the value from cocoa production back to cocoa farmers in the two countries; it is to increase the revenue of farmers,” Mr Assanavo explained.

A charter on the secretariat has since been ratified by the legislatures of Ghana and Cote d’Ivoire, paving the way for the institution to start operation.

Mr Assanavo, an Ivorian, was appointed in August this year to head the secretariat headquartered in Ghana and meant to operationalise the initiative, which is the result of a joint effort to protect the interest of cocoa farmers, as well as ensure the sustainability of the industry in both countries.

He said the task ahead was enormous and superseded the living income differential that was successfully secured around 2018, mandating buyers of cocoa from both countries to add an extra $400 on every tonne of cocoa purchased.

He also noted that the two countries would leverage the partnership to impact prices of cocoa in the international market to benefit their economies and the farmers in particular.

The minister, while receiving the letters of accreditation, said she was encouraged by the secretariat’s cordial working relations with the Ghana Cocoa Board (COCOBOD) and the Le Conseil du Café-Cacao of Cote d’Ivoire.

Ms Botchwey said the secretariat was critical to the economic advancement of the two countries, and pledged to give it the full support to realise its objectives.