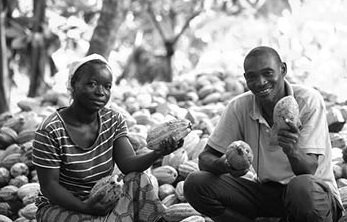 Fairtrade Africa has pledged to support the government’s efforts to equip smallholder farmers in the country to enable them to add value to their produce to make them competitive on the global market.

At its general assembly meeting, it said it would continue to support over 1.5 million producers towards sustainable livelihoods, empowerment and participation in key decision-making that affected their future.

About 60 delegates from the Middle East and North Africa Region, West Africa, Southern Africa, East andCentral African regions, as well as its seven-member board participated in the general assembly meeting.

The general assembly is the highest decisionmaking body of Fairtrade Africa, constituted by representatives of producer organisations across Africa who meet annually to deliberate on topics related to trade, market opportunities, sustainable production, advocacy for structural and institutional changes, living income, living wages and to take key decisions to advance and empower farmers and workers.

At the opening of the meeting, the Board Chair of Fairtrade Africa, Benjamin Kouame, said the general assembly played an important and strategic role in driving the organisation towards its mission and purpose of empowering producers to enjoy sustainable livelihoods, fulfil their potential and decide on their future.

“At Fairtrade, we believe in transforming producer organisations or farmer cooperatives to be viable business entities by focusing on farm business models and supporting producers through different programmes, projects, and partnerships to improve their access to market, agritech, and value addition,” the Executive Director, Isaac Tongola, said.

The release said Fairtrade premium, paid directly to the cooperatives, was a tool for development, which helped farmers to contribute to their communities and invest in crop production and their cooperatives.

Through that producer organisations undertake development projects such as the construction or renovation of schools, clinics, water systems, toilet facilities and scholarships, among others.

Through its Living Income strategy developed in 2017, Fairtrade - in partnership with its commercial partners - has undertaken several interventions that ensure that the root causes of poverty are addressed for smallholder farmers.

These projects have provided support to producer organisations to consider agriculture, not only as a farming activity but as an economically viable business enterprise with a focus on management, adoption of policies, social interventions and sales and marketing techniques.

The release said the organisation’s governance approach was such that farmers and workers owned 50 percent of Fairtrade International while Fairtrade Africa was 100 per cent owned by producers.

“Fairtrade is the only certification scheme where farmers have total ownership.

Unlike other sustainability labels, which work as separate entities for farmers, Fairtrade is largely owned by the producers themselves, empowering producers and giving them a voice in decision-making,” it said.