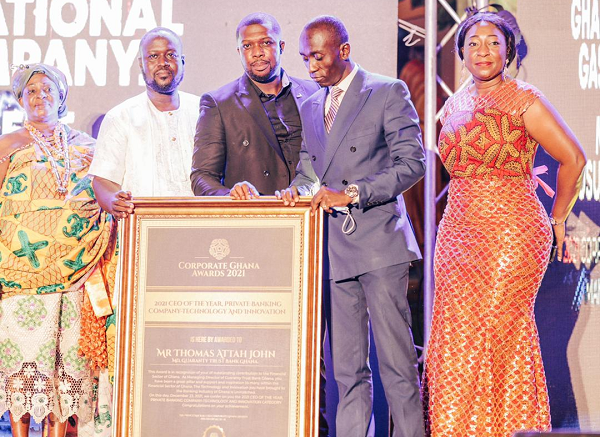 He was honoured for his hard work and dedication in improving communications between his organisation and the public.

Mr Owusu-Bempah received his award at the third edition of Corporate Ghana awards, held on Thursday, December 23, 2021 at the Movenpick Ambassador Hotel in Accra.

The ‘Ghana Corporate Awards’ seeks to recognize individuals and corporate bodies for their roles in the development of their respective sectors.

In a brief interview with the media after receiving his award, Mr Owusu-Bempah expressed his gratitude to the organisers of the event for recognising his contributions in his organisation.

He said it was fulfilling that people are recognised and honoured for their work, pledging that the award will spur him on to do more.

For him, he would continue to deepen communications between Ghana Gas Company and it's stakeholders, noting that it was always good to "get your stakeholders well informed."

Other companies and individuals were also honoured for their works.