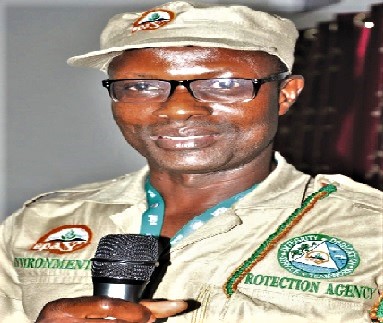 Sand and stone winners on unlicensed plots will suffer swift and ruthless consequences, the Environmental Protection Agency (EPA) has warned.

The Volta Regional Director of the agency, Hope Smith Lomotey, said no industry must deprive the future generation of their due inheritance and leave them as mere survivors.

At the inauguration of an eight-member management committee for the Volta Regional branch of the National Association of Sand and Stone Workers and Tipper Truck Users in Ho, Mr Lomotey said, “We inherited the environment from our forebears and we must keep it intact for those behind us”.

He said the EPA was poised to arrest and prosecute those who damaged the land and ecosystem, saying environmental offences were serious crimes against humanity.

The Chairman of the association, Peter Kwame Donkor, also expressed concern over the recent invasion of cemeteries, ridges and riverbanks by some unscrupulous sand miners in various parts of the country, and pledged that the association would resist those activities. 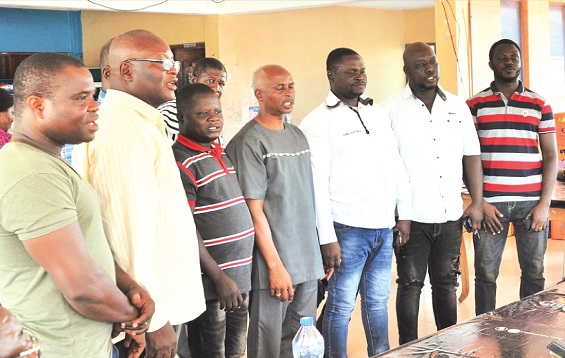 Some members of the Volta Region Management Committee of the Association of Sand and Stone Workers and Tipper Truck Users.

“We will work hand in hand with the EPA to deal with those criminals in accordance with the law and without delay,” he stressed.

The Volta Regional branch of the association, with more than 200 members, has a 40-year-old contractor, Wisdom Abusah Otegah, as chairman.

Mr Otegah said his priorities would be fair pricing of sand and stone, utmost consideration for the environment and discipline in the industry among others.

He said the association would monitor its members around the clock to ensure that they operated within the law.

In a related development, the EPA last Friday held a seminar for 50 churches in the Ho Municipality on “Noise Awareness” and pointed out that noise was a form of environmental offence for which the perpetrators could be charged.

Mr Lomotey, who facilitated the seminar, reminded the churches to adhere strictly to the legal requirements regarding the location of church buildings and noise management.

He pointed out that churches were not above the law.

The Executive Director of the Volta Development Forum, Dan K. Agboka-Dzegede, said development could only flourish at a quick pace in a sound environment.