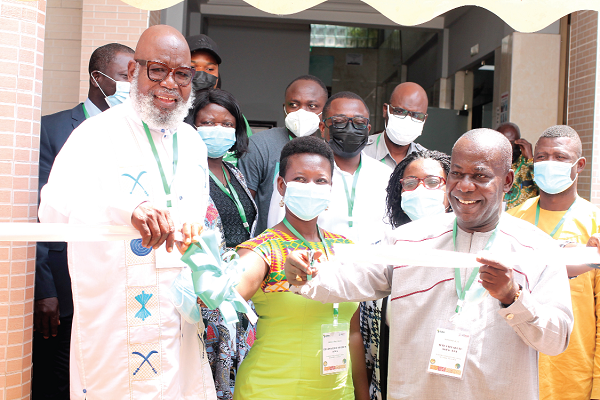 The Plant Variety Protection (PVP) regulation is to be passed before the end of the year to increase the availability of improved crop varieties and also ensure food security, the Minister of Food and Agriculture (MoFA), Dr Owusu Afriyie Akoto, has said.

According to him, MoFA was currently collaborating with the Attorney-General’s Office and Ministry of Justice, the Council for Scientific and Industrial Research (CSIR) and other stakeholders to champion the passage of the PVP regulation for plant breeders.

The regulation, which is at the consultative stage, is critical to food security and agricultural sustainability for increased investment in plant breeding and the development of new plant varieties capable of increasing yield and productivity for small-scale farmers.

It will also provide a legal framework and a system to encourage plant breeding, which can lead to the development of superior plant varieties with high-yield potential capable of withstanding conditions resulting from climate change, global population, among others.

SeedLink 2021 was on the theme: “Enhancing the utilisation of quality seeds by every farmer”, and participants included seed sub-sector stakeholders and value chain actors from Ghana and some African countries.

They discussed issues that would influence policy development and provide solutions for the challenges facing the seed sector.

The maiden edition was held in May 2018.

The two-day event was jointly organised by the National Seed Trade Association of Ghana (NASTAG) and the National Seed Council of MoFA, with support from the United States Agency for International Development (USAID) through the Alliance for Green Revolution in Africa ( AGRA.)

Dr Akoto said the government recognised the agricultural sector as being key to alleviating poverty, hence the development of various policies, programmes and projects, such as Planting for Food and Jobs (PFJ), which is made up of five modules: food crops, Planting for Export and Rural Development, Rearing for Food and Jobs, greenhouse innovation villages and agricultural mechanisation services.

As of September 2021, he said, some 6,764 metric tonnes (mt) and 4,525mt of hybrid and OPV maize seeds, respectively, had been distributed and utilised by farmers under the PFJ.

He also said under the Ghana CARES programme, the government had provided 50 per cent subsidy for seed producers, aggregators and processers.

The President of NASTAG, Mr Kwabena Adu-Gyamfi, commended the government for the passage of the Plants and Fertiliser Act 2010 (Act 803) Regulations (LI 2363) and the Plant Variety Protection Law (Act 1050, 2020), which he said would facilitate the production of high-yielding seeds in the country.

The Chairman of the National Seed Council, Mr Josiah Wobil, said a “nation that does not take adequate steps to secure its seed security - the pathway to food security - relegates its development destiny and national well-being to the hands of external forces”.

For her part, a programmes officer at AGRA, Ms Regina Richardson, said there was the need to develop sustainable models for Ghana’s seed sector to address constraints inhibiting its growth and enhance the use of certified seeds by farmers.