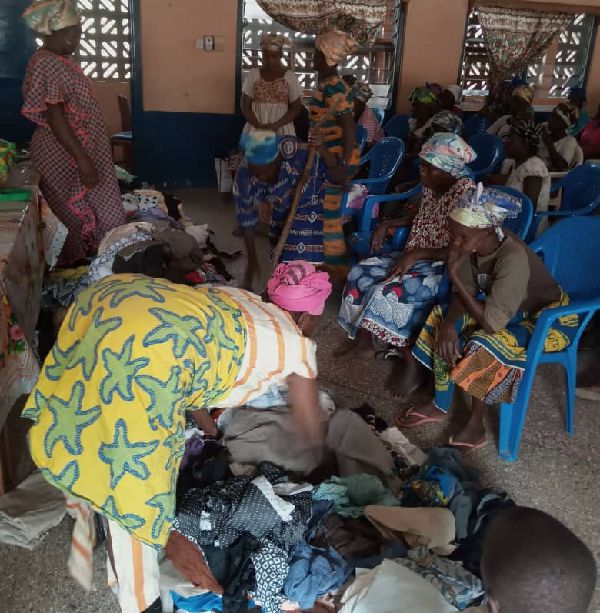 El Yasadh Foundation, a Non-Governmental Organization has donated 13 bags of used clothing and foot wears to about 150 widows in the Upper East Region.

The gesture was aimed at ameliorating the sufferings of the widows and making them feel part of the society.

The Executive Council Member of the Foundation, Mr Ellis Asamani who presented the items at a brief ceremony at Bolgatanga on Monday intimated that in the near future the Foundation will initiate programmes to train the widows to acquire skills that will enable them to earn decent incomes.

He observed that the Foundation’s interaction with the widows shows that lack of accomodation is among other needs of the beneficiaries.

Mr Asamani indicated that the Foundation collaborated with the Widows and Orphans Movement(WOM) in the Upper East Region for the success of the exercise.He said two out the thirteen bags of used clothing and foot wears has been sent to Zebilla in the Bawku West district to be distributed to some widows

“We are using this donation as an entry point from where we will now work with the beneficiaries to know their immediate needs"he noted.

Mr Asamani observed that the whatever support the organization gave to needy people including widows in Accra will be replicated in the Upper East Region.

The beneficiaries thanked the Foundation for the gesture but stressed the need for the provision of houses as some of them had lost their homes and belongings for to the torrential rains that occurred last year and subsequently destroyed their houses.

El Yasadh Foundation is a Non Governmental Organization situated at Dansoman, a suburb of Accra. The Foundation was born out of the desire to strengthen the underprivileged in the society and Ghana at large. The man behind this vision is Evangelist Robert Kumi. The Chief Executive Officer of El Yasadh group of Companies.

The Foundation helps widows, pays hospital bills for patients, sponsors the education of needy students among others. It is interested in putting smiles on the faces of people.