Ekumfi chalk factory to be commissioned in June 2020 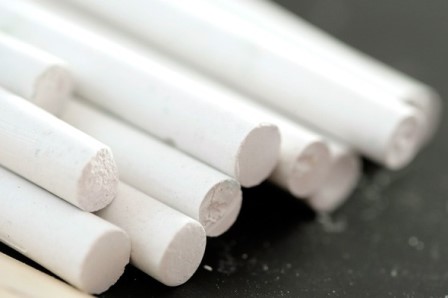 The Youth Employment Agency (YEA) in collaboration with the Federation of Persons With Disability (PWDs), is constructing a state-of-the-art chalk manufacturing factory in the Ekumfi District of the Central Region.

The factory sitting on a two-acre plot is scheduled to commence commercial production in June 2020 as the biggest chalk manufacturing factory in West Africa.

The much-anticipated factory to be established at Essaakyir will have the capacity to permanently employ over 200 persons with disability (PWDs).

On Monday, Ms. Sarah Afful, the Regional Director of YEA, said the facility would give strong boost to teaching and learning.

It was the surest way to systematically support PWDs, reduce the high unemployment rate among PWDs in the District as YEA moves to create the needed enabling environment for them to function effectively.

The intervention, according to her formed part of Government’s policy aimed at creating jobs for Ghanaians through the setting up of factories and industries which will, in turn, move the country towards greater industrialization and job creation for all.

It was also part of YEA and key partners resolve to roll-out a disability employment policies that ensured that PWDs have equal access to the job market to enable them live dignified lives instead of begging on the streets.

“Access and empowerment for people of all abilities that seeks to reduce inequalities and remove barriers to equal participation for persons with disabilities in society,” is a topmost priority.

Touching on the reliable source of raw materials, Ms Afful said the chalk would be produced from salt residue extracted from various producing sites doted along the 168,000 coastal stretch in the Region.

Also, the YEA and the Ghana Education Service (GES) were working tirelessly to buy their product and as they intensify efforts to reach out to the West African market.

Mr. Bright Bernard Grant, the District Chief Executive (DCE) commended YEA and partners for choosing the District and said PWDs believed that one way of enhancing their livelihoods was to acquire academic and professional skills to position themselves for the competitive job market.

Unfortunately, he said most employers’ response to their employment needs had been discouraging and that constituted barriers to the realisation of their aspirations in life.

He urged the Government to evolve pragmatic measures to solving the unemployment among PWDs and fashion out employment equity policy that would address the employment needs of PWDs.

The DCE said the Assembly had resolved to create a conducive atmosphere for PWDs to function productively and contribute their quota towards the development of the District.