Ejisu: Groom dies in car accident on day of wedding 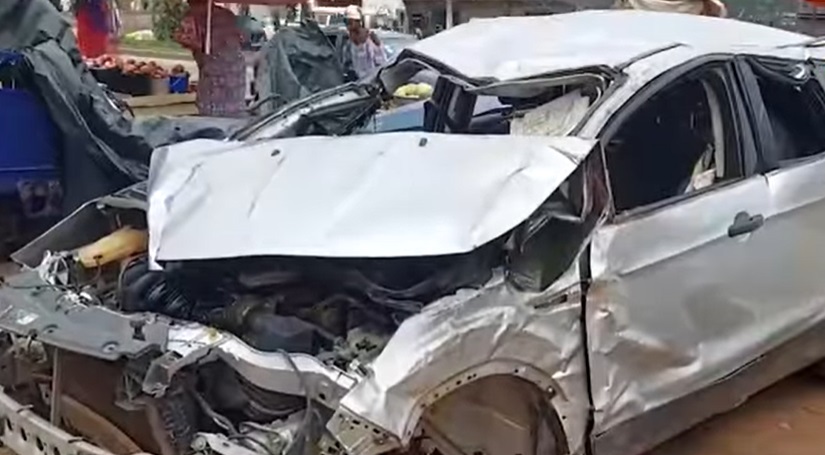 A young bride-to-be is inconsolable after her fiancé lost his life in a car accident on his way to their marriage ceremony on Sunday, March 13.

According to the Police, the driver lost control of a Ford Escape vehicle and ran into a ditch, resulting in the death of the groom Mohammed Zakaria Babangida and injuries to the four other occupants of the vehicle.

The four other occupants were rushed to the Kwame Nkrumah University of Science and Technology Hospital for medical care.

One of the victims who sustained life-threatening injury has since been transferred to Komfo Anokye Teaching Hospital (KATH) for further treatment.

The accident occurred at Fumesua on the Kumasi-Accra highway around 1:00 pm.

Police say the groom was travelling from Juabeng to Kumasi and the driver of the vehicle was overspeeding at the time of the accident.

"When they got to Fumesua, the driver was overspeeding, so he lost control of the steering wheel and in the process hit a nearby culvert and landed in a ditch," ASP Francis Mireku, the Ejisu Divisional Motor Transport and Traffic Directorate (MTTD) Commander said in an interview with TV3.

"The driver died shortly on arrival at the hospital. Three of them are currently at Tech hospital (KATH) and one has been referred to Komfo Anokye hospital.".

The deceased has been buried in accordance with Islamic customs.

Meanwhile, the Ejisu Motor Transport and Traffic Directorate (MTTD) has commenced an investigation into the accident.