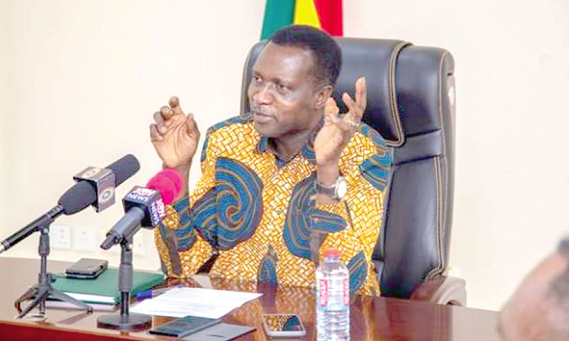 The Ministry of Education will take delivery of 3,742,624 textbooks from the United States Agency for International Development (USAID) tomorrow.

In all, 11,135 schools under the Ghana Accountability for Learning Outcomes Project (GALOP) will benefit from the distribution, which will include 1,214,347 Primary One to Three pupils.

York Press is also distributing 246,633 science textbooks for classes One to Six and 14,217 teachers’ guide.

The Minister of Education, Dr Yaw Osei Adutwum, who made this known at a press briefing in Accra last Friday, said more textbooks would be coming this week and would be sent to the schools.

On the USAID books, he said the agency had a distribution system that went directly to the schools.

“So USAID books will be hitting schools within the next two weeks. They will be going to our schools,” he said.

Some, he said, including the ones at Jinijini and Accra High School, had been completed and would be operationalised.

The STEM schools at Abomosu, Kpasenkpe, Awaso and Bosomtwe Girls are operationalised, while the remaining are under construction.

On technical and vocational, education and training (TVET), the minister said $60 million had been secured under the Ghana Jobs and Skills Project as seed money for the Skills Development Fund.

According to him, one area that had seen great transformation was TVET, with the provision of equipment, facilities and infrastructure.

Among others, he said, existing schools had seen infrastructure development with more schools being built.

Most of the institutions, he said, were in the new regions, adding that in the midst of economic challenges, the President was forging ahead.

“Within a year or two, they will all be operationalised,” he emphasised.