The Chief Executive Officer of the Salt and Light Ministry, Ms Joyce Aryee, on Wednesday launched a collection of five volumes of a book entitled, “Who told the most incredible story?” at an impressive gathering of high-profile personalities at the Accra International Conference Centre.

The collection, made up of 45 stories written by the Education Minister, Professor Naana Jane Opoku-Agyemang, provides deep insights into human life, with emphasis on the essence of African lifestyle and ways of understanding, among other values.

The stories were written for all ages and meant to occupy both children and adult minds. 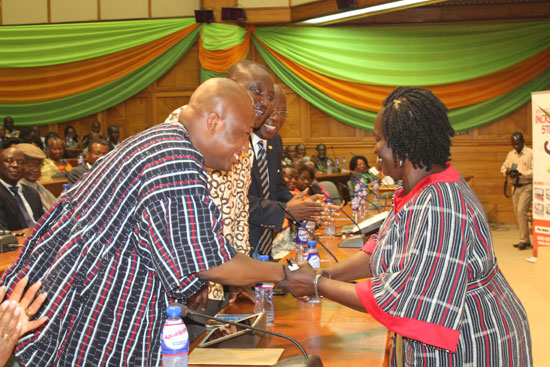 Published by Afram Publications and printed by G-Pak of the Graphic Communications Group Ltd, the collection has beautiful and colourful illustrations to add an intricate layer to the material.

Even before the books find their way into bookshops, plans are already underway to rewrite the stories in Braille for the visually impaired, translate them into the various local languages and convert them into audio and cartoons.

In a brief statement before the launch, Ms Aryee proposed that the collection be enacted in drama form by students, describing the stories as “incredible”. 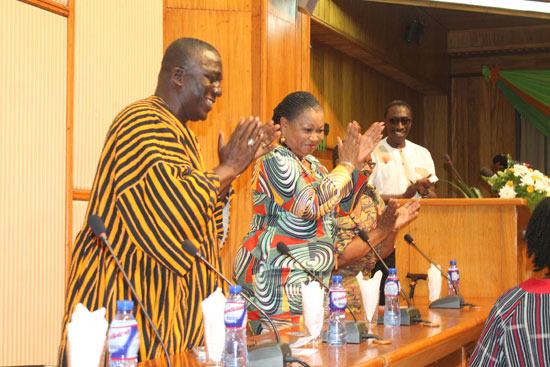 Commenting on the collection, Prof Opoku-Agyemang said the must-read stories were designed for the family to read together with fun and enjoyment.

She called on the youth to appreciate African culture through story-telling and develop interest in seeking for more knowledge in folktales.

She challenged graduate students to move from the “collection of our origin to theorising. We have not theorised enough. We have done enough of collection but we have not done enough analysis”.

She said even though she did not have a problem with books authored from other cultures, her concern had been that “the cultural implantation has been very problematic”.

Professor Opoku-Agyemang recalled that her desire to introduce African folktales to the youth paid off when she started teaching African Literature at the University of Cape Coast. 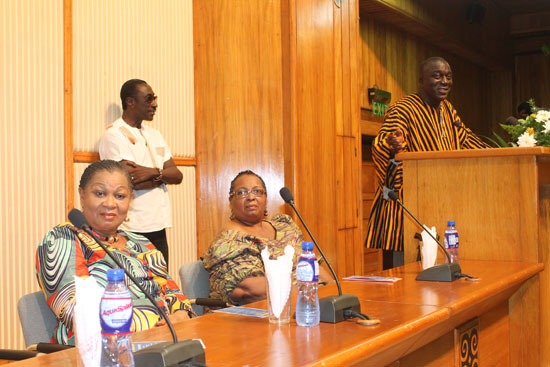 “I sometimes asked my students how many of them could tell a story,” she told the packed auditorium, adding that it was realised that most of them could not tell a single story, insisting that those days of storytelling were over.

She said her students used to find her odd because at the time their mates were going to the Internet for information, she was asking them to go back for folktales, saying she was happy that in the end some of them appreciated what she was pushing them to do.

She said she believed that dilemma tales, which were what she used to write the stories, allowed people to tolerate one another’s views which she said were based on democratic principles.

She was grateful to Afram Publications, led by its Managing Director, Ms Harriet Tagoe, and G-Pak and its Director, Mr James Dadzie; her nuclear and extended families, especially her children, whom she described as her first critics; the University of Cape Coast community; her deputy ministers and staff of the ministry and all the guests for their support and contributions towards the successful launch of the collection of books. 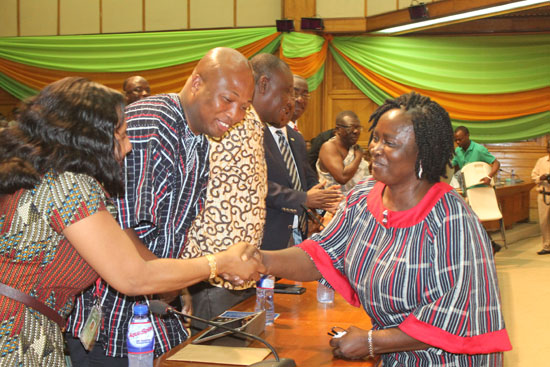 The Omanhene of the Essikado Traditional Area, Nana Kobina Nketsia V, who chaired the event, said there was a lot of literature out there to stock the libraries that “can teach us about ourselves”.

He imagined how the book could be dramatised by children to bring back the African sense of pride and expressed concern that about 95 per cent of the books read by Ghanaian children were written by people from other countries, adding that such books affected the minds of the children.

The Chairperson of the Board of Directors of Afram Publications, Prof. Esi Sutherland-Addy, who stated the purpose of the event, described the the books as brilliant work, the mark of an excellent researcher and writer.

She said she was hopeful that by putting together such a collection, “we will be inculcating in children in Ghana the sense of pride of who they are and the curiosity about who they could become”.