Economy on rebound - Governor of Bank of Ghana 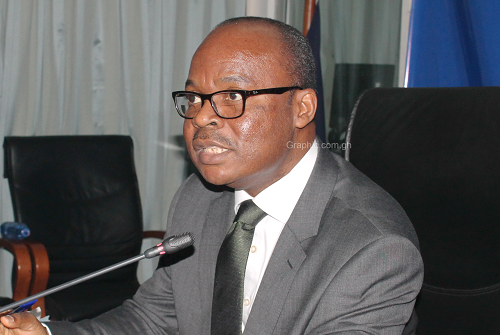 Ghana's economy is on a steady rebound, with many indicators moving towards pre-pandemic levels.

The Bank of Ghana’s (BoG’s) surveys on consumer confidence indicate that economic activity had started picking up in some hitherto dormant areas.

That was after consumers responded favourably to the gradual lifting of restrictions in the economy, with productive activities bouncing back to pre-lockdown levels.

“Business confidence has also improved although the index remained below pre-lockdown levels. Our latest high frequency economic indicators, such as consumer spending, industrial consumption of electricity revitalise businesses and cushion households will have to be defined to scale and there should be no expectation that these should become permanent obligations of government,” he stated.

The Governor, in his lecture, also stated that a wide fiscal gap raised important financing issues, stressing that its financing should not be by recourse to central bank funds, as doing that would weaken the central bank’s ability to serve as the anchor of monetary and exchange rate stability.

Not out of woods

Dr Addison, however, warned that the global economy was not out of the woods yet, neither was the Ghanaian economy.

He said the pandemic and its socio-economic impact would be felt long after the global community reached herd immunity and started seeing the full benefits of the success in the vaccines.

"This means as public policy makers, we will still be faced with tough decisions that require a response function asymptotic to Pareto principles. The critical decisions that we take will be judged by posterity," Dr Addison said.

The Pareto principle postulates that for many outcomes, an average of 80 per cent of consequences come from 20 per cent of the causes. This means the country should focus on doing the few most important things that can trigger widespread impact on the rest of the economy.

The Vice-Chancellor of the university, Professor Ebenezer Oduro Owusu, in an opening address, called on Ghanaians to rise up to the challenges posed by the pandemic and make wise economic decisions to help reduce the effects of the pandemic on socioeconomic activities.

"We have to manage our expenditure and seal the linkages in the system. A broken economy is a broken nation and we cannot sit down for our country to break,” Prof. Owusu said.