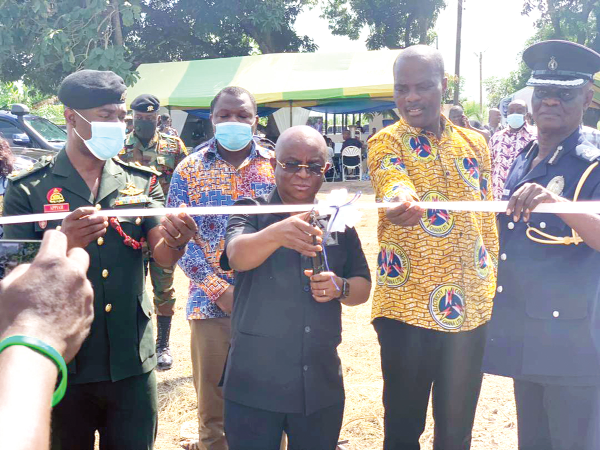 The Electricity Company of Ghana (ECG) has commissioned a power supply project for the Kporvi Police Checkpoint in the Ho West District in the Volta Region to improve security on the Accra-Ho highway.

The GH¢101,024.26 power extension project, as part of the company’s corporate social responsibility towards its stakeholders, includes a 50 KVA transformer, poles, overhead cables, a single phase metre, installation of streetlights and minor renovation works of the duty post at Kporvi.

The project will connect the barrier to the national grid to bring relief to security personnel who man the barrier and scores of commuters who ply that route by providing reliable power supply to illuminate the Kporvi enclave.

The Kporvi barrier, sited along the main Ho-Accra highway, has served as a major checkpoint for the Ghana Police Service for over 42 years and has been instrumental in the arrest of robbery suspects and other wanted persons; the interception of arms, ammunition, narcotic drugs and stolen goods coming in and out of the region and in the rescue of human trafficking victims, among others.

The barrier has, however, been difficult to man at night due to the unavailability of power since its inception.

This posed a major security threat for not only personnel of the service, but commuters who plied that route.

At a brief ceremony last Friday to commission the project, the Volta/Oti Regional Manager of ECG, Mr Emmanuel Lumor, indicated that the police ensured the safety of citizens at all times and as such there was the need for citizens to replicate their efforts by looking out for their welfare with the same level of interest.

Mr Lumor stated that the ECG was always mindful of the need to supply reliable electricity to its cherished customers.

"Accordingly, we have initiated a lot of extension and system improvement projects to extend and improve power supply to communities within all our operational areas in the Volta and Oti regions," he said. 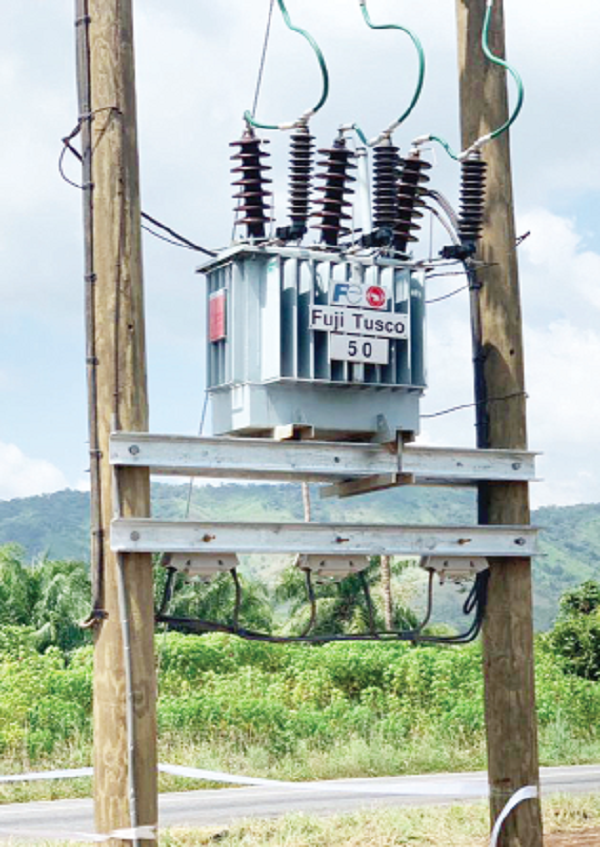 In a short address, the Volta Regional Minister, Dr Archibald Letsa, described the installation as vital to the improvement of security in the area, which also called for uninterrupted power supply.

He observed that the well lit area would also contribute to the safety of passengers who ply the route.

For his part, the Volta Regional Police Commander, DCOP Edward Oduro Kwateng, said despite its numerous benefits, personnel have had to survive all these years without electricity to even charge their mobile phones and other communication gadgets such as the walkie talkies, tasers and other non-lethal gadgets.

He said the challenge had been a concern for him since he assumed the role of regional head of police.

That led him to write to the ECG district manager for Kpeve and the regional office requesting the installation of a transformer that could provide electricity for personnel at the barrier.

He commended Mr Lumor for taking an interest in the request and for the subsequent provision of a transformer with a capacity to serve a whole community and improve security and visibility.

"Indeed, ECG has given the true meaning of the adage that security is a shared responsibility.

This will facilitate our work in diverse ways, give visibility especially at night to our officers on duty so they don’t risk being knocked down in their effort to protect lives and property, and also protect them from rodents, snakes and similar poisonous reptiles," DCOP Kwateng added.