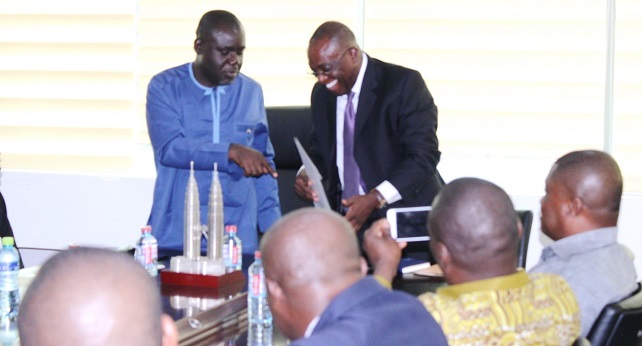 Testing officers of the Driver and Vehicle Licensing Authority (DVLA) and instructors of driving schools have undergone training to upgrade their knowledge on the latest technologies and best practice.

The training, designed to equip the participants, selected from across the country, focused on areas that included testing new driver applicants, defensive driving, hazard perception, traffic psychology and customer service.

At a ceremony to crown the three-week training programme, the Minister of  Transport, Mr Kwaku Ofori Asiamah, said carnage and fatalities on the country’s roads continued to be a worry.

“The road safety story of our country is worrying and we continue to record relatively high incidents and fatalities on our roads in spite of a number of interventions by the National Road Safety Commission,” he said.

To turn the tide, he said, the ministry was working assiduously to improve mass public transportation to ultimately enhance the safety, comfort and convenience of travellers.

“This can only be achieved through the deployment of appropriate technology alongside requisite training and capacity building of our human resource, as well as learning from best practice,” he added.

Mr Asiamah said the training was timely as it came at a time the DVLA was automating its processes.

“After such intensive training, we expect improvements in customer service delivery, mode of assessing candidates for driving licences, as well as  enforcement and compliance,” he stated.

The Chief Executive Officer (CEO) of the DVLA, Mr Kwesi Agyeman Busia, said as part of sanitising the country’s roads, new roadworthy documentation and driving licence would be introduced from July 18.

“We want to make it possible to easily detect fake licences and drive the middlemen out of business,” he said.

He said the new licence, which will be in the form of a smart card, could not be duplicated.

“Vehicles technologies keep changing. The effort here is to keep pace with the forms of technology so that our people here can pass cars and give them certification that is at par with the new vehicles coming into the country,” he added.

According to the DVLA, some 8,000 vehicles are imported into the country monthly. It is, therefore, obligatory for staff of the authority to upgrade their knowledge.

A participant, Ms Roseline Ahinsah, told the Daily Graphic that the training had helped to reinforce some of the overlooked issues by drivers on the country’s roads.

“Now when I am testing an applicant I have to make him or her know that it is mandatory to stop for a pedestrian to cross the road. There are some mandatory road signs that applicants take for granted which is causing a lot of accidents”.