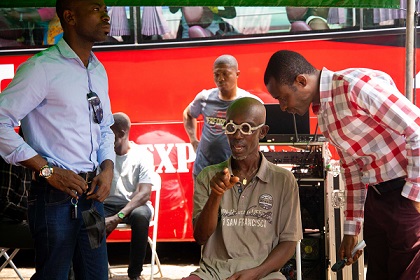 A driver being screened at one of the centres
30.5k Shares

The Driver and Vehicle Licensing Authority (DVLA) has begun the nationwide implementation of its eye-testing reform for all licensed drivers.

The exercise, which took effect from September 1, this year, requires licensed drivers applying for the renewal and upgrading of licences, conversion of foreign driver’s licences, proficiency tests, accident reporting and traffic offending drivers referred to the authority by the court to undergo mandatory eye test at designated centres certified by the DVLA before accessing such services.

The Director of Driver Training, Testing and Licensing (DTTL) at the DVLA, Kafui Semevo, who made this known to the Daily Graphic last Friday, said the reform was being implemented in collaboration with the Ghana Optometric Association (GOA), in compliance with Regulation 29(5) of the Road Traffic Regulation, 2012 (L.I. 2180).

L.I. 2180 provides that an applicant for a driver’s licence must submit to the DVLA a visual assessment result certified by a registered ophthalmologist or optometrist.

Mr Semevo said the roll out of the nationwide eye-testing regime followed the successful implementation of the pilot phase of the initiative from June 1 to August 31, this year.

The pilot phase targeted categories A, B and E driver’s licence applicants.

Providing an update on the pilot phase, Mr Semevo said 23,000 new applicants were identified and taken through eye-testing at 126 designated testing centres across the country.

He said 108 of those applicants failed the eye test and were given prescriptions to correct their vision defects.

“Ten of those who failed the eye test had single vision, but they were not aware that only one of their eyes had good vision,” he said.

He said the new testing regime would ensure that only people with good vision were licensed to drive.

He said the eye-testing reform had the potential to reduce road accidents, especially those related to poor vision on the part of drivers.

“Drivers must have good focus to be on the road. All senses must be active, so that they can have zero distractions; but sight is the most critical of these senses,” he said.

The DTTL Director also observed that apart from ensuring that drivers had good vision to interact well with the road environment, the reform would help them identify eye defects that could cause blindness and treat them.

He added that the DVLA would use the ongoing exercise to collect data on the number of drivers who were involved in accidents because of poor vision.

Mr Semevo said control measures had been instituted for the seamless electronic transmission of the results of the eye test through a portal from any of the testing facilities to the DVLA without any compromise.

He urged applicants for services requiring eye test to undergo the test between one and two months prior to obtaining the service.

“We are also saying that customers should not wait to come to the DVLA for the eye test to be conducted; they should go to the designated testing centres and bring the results to us,” he said.