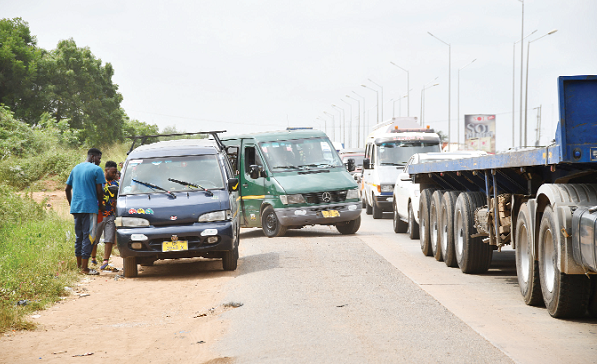 The Ashanti Regional Police Commander of the Motor Traffic and Transport Directorate (MTTD), Superintendent of Police (Supt) Mr Emmanuel Adu-Boahene, has identified driver indiscipline as one of the major causes of road traffic accidents in the country.

According to him, some of the acts of indiscipline included wrongful overtaking, speeding and drink-driving.

In an interview with the Daily Graphic, Mr Adu-Boahene said although the directorate had been teaming up with the media to educate the public, particularly the drivers on the dangers of some of these acts, the incidents were still persisting.

That notwithstanding, he commended the media for their role in educating the public on road traffic accidents, particularly during the Christmas festivities.

He said the ‘Arrive Alive’ campaign had so far proven to be successful as the region recorded few fatalities.

Mr Adu-Boahene said one challenge that his men were facing was the lack of cooperation from the public.

He said the public’s resistance to the work of the police on the road was not encouraging at all, saying “we are on the road to ensure your safety and not to harass you”.

However, he said the presence of the police alone on the road prevented drivers from speeding or doing wrongful overtaking which could result in road crashes.

Mr Adu-Boahene thus appealed to the public to cooperate with the police on the roads and allow them to do their work and not intimidate them with “do you know me and do you know who I am?”

He said the year 2020 recorded 3,435 road crashes, 221 more cases than the previous year and an increase of seven percentage points.

That, according to him, involved 5,618 vehicles including 1,108 motorbikes and tricycles.

This number represented a 26 per cent increment of the total number of deaths recorded for the previous year (2019).

Even though the year 2020 recorded a lesser number of pedestrian knockdowns as compared to the year 2019, it recorded more deaths than the previous year.

Mr Adu-Boahene said his outfit would continue to enforce the law on road traffic and also step up its sensitisation programmes to ensure that all road users were conversant with the laws governing driving in the country.