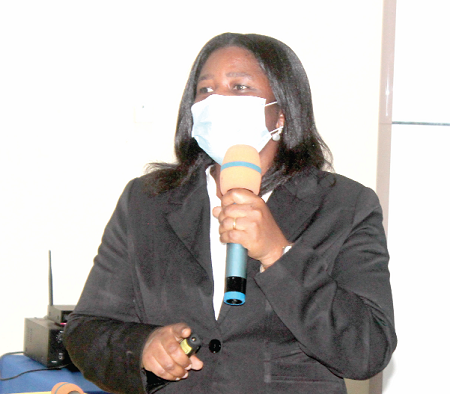 The country’s effort to adopt a coordinated approach for aflatoxin control in food and feed has been given a boost with the development of a draft policy by the Council for Scientific and Industrial Research - Science and Technology Policy Research Institute (CSIR-STEPRI) for approval of the Cabinet.

The policy is intended to “harness the collective skills and strengths” of various stakeholders for the efficient management of aflatoxins in the country.

The draft is being supported by Alliance for Green Revolution in Africa (AGRA), an agricultural development initiative, and prescribes options, technical approaches, implementation plan, and roles and responsibilities of each stakeholder in the control programme.

Aflatoxins are harmful toxins produced by some types of fungi that grow on food products.

According to scientists, aflatoxin contamination is widespread in Africa, including Ghana where it had been detected in grains such as maize, groundnuts, millet and sorghum as well as animal products such as meat, egg, poultry and milk.

It is estimated that 30 per cent of all liver illnesses are caused by aflatoxins.

As part of the communication strategy of the project, the CSIR-STEPRI yesterday held a sensitisation workshop in Accra to introduce stakeholders to the draft document and solicit their input.

The Coordinator of the Project, Dr Rose Omari, said the vision of the policy was to improve harmonisation and coordination of activities among stakeholders for the effective management and control of aflatoxins.

She said although efforts were being made to address the challenges posed by aflatoxins, it has not had much impact as a result of the fragmented and poorly coordinated activities in the past.

“We have set out seven strategic objectives and one of them is to facilitate the development, harmonisation and enforcement of policies, legislations and standards for aflatoxin control,” the coordinator added.

The Director of the CSIR-STEPRI, Dr Wilhemina Quaye, expressed confidence that the draft policy would meet cabinet approval and, therefore, appealed to stakeholders to contribute to make the implementation process successful.

“We have gone far with the process and have no doubt in our minds about its approval because the National Steering Committee has followed all the prescribed policy guidelines by the National Development Planning Commission (NDPC),” she added.

For his part, the Chairman of the Parliamentary Select Committee on Food, Agriculture, and Cocoa Affairs, Mr John Osei Frimpong, acknowledged that awareness of aflatoxin among Members of Parliament was low and gave an assurance that the committee would brief the MPs on it.