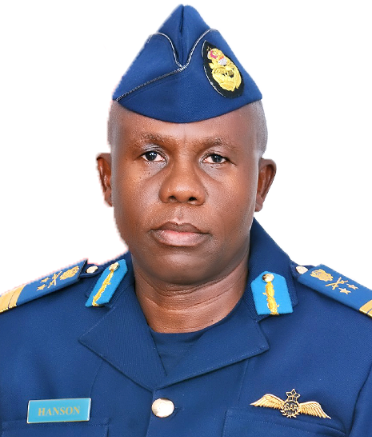 The Land Division of the Accra High Court has ordered the Chief of Air Staff, Air Vice Marshal Frank Hanson, and his officers not to set foot on a piece of land at Tse Addo which is subject of a legal dispute before the court.

In a ruling, the court, presided over by Justice Emmanuel Amo Yartey, restrained the Chief of Air Staff and his officers from the land until the final determination of the legal action concerning the land.

“It is hereby ordered that the defendant/respondent, his agents, workers or assigns and persons whoever called are restrained from entering or dealing with the Plaintiff’s land in dispute as covered by Land Title Certificate Nos. G.A. 28914 and G.A 27098 until the determination of the suit,” Justice Yartey said in his ruling.

The order follows an application for an interlocutory injunction to restrain the Chief of Air Staff from entering the land under dispute.

The Managing Director of Sapholda Ventures Limited, Mr. Adolf Tetteh Adjei, has sued Air Vice Marshal Hanson and some of his officers for trespassing on his piece of land.

As part of his reliefs, Mr. Adjei wants the court to direct the Chief of Air Staff to demolish and remove all offensive structures on Plaintiff’s land and level same at Defendant’s expense.

He also wants a perpetual injunction restraining “Air Vice Marshal Hanson, his servants, agents, workmen or any person claiming through him whosoever described from entering and or having any dealings with Plaintiff’s land in any way”.

He is also asking for general damages for trespassing and recovery of possession as well as costs including lawyer’s fee of 10 per centum of the value of the disputed land and any other reliefs or orders.