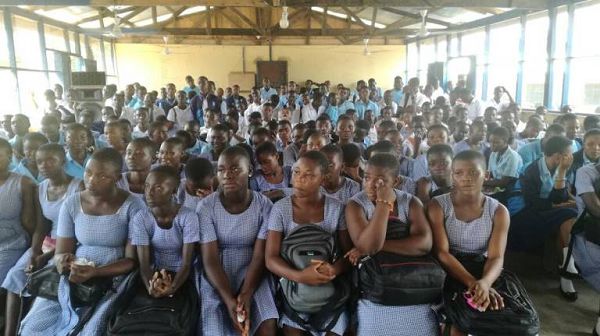 The Ghana Education Service (GES) says no definite decision has been taken on the reopening of basic and second cycle schools in the country.

The Director-General of the GES, Prof. Kwasi Opoku-Amankwa, told the Daily Graphic in Accra yesterday, that with the current situation where nobody was certain when the COVID-19 scourge would end, there was no way the GES could announce a date for the reopening of schools.

He said once the coronavirus situation was addressed and it was safe to go to school, the service would come out with an official date as to when schools would reopen.

Prof. Opoku-Amankwa, therefore, asked the public to disregard any information and rumours that schools would reopen in September, this year.

According to the GES, the video was an old one picked from a press conference he held last year announcing the reopening of school for that year.

“This is an old video that somebody has picked and is circulating on social media that we are reopening school in September,” he stated.

President Nana Addo-Dankwa Akufo-Addo, in his broadcast to the nation regarding the COVID-19 on March 15, 2020, announced the closure of schools and suspended social gatherings, among others.

He said all universities, senior high schools (SHSs) and basic schools - public and private- were going to be closed from Monday, March 16, 2020, until further notice.

The Ministry of Education and the Ministry of Communication were, therefore, tasked to roll out distance learning programmes for students.

After an agreement with the Ghana Broadcasting Corporation (GBC), the Ministry of Education and the GES have, since April 3, this year, rolled out a free-to-air 24-hour dedicated channel for the broadcast of educational material.

The GES, later on March 21, directed that all final-year students in SHSs should to go home until further notice.

That followed the decision of the West African Examinations Council (WAEC) to suspend the sitting of the 2020 WASSCE for School Candidates.

Regarding the broadcast of content for JHSs and Kindergarten, Prof. Opoku-Amankwa expressed the hope that the initiative would begin next week.

Moreover, he said the GES was working to include radio in the broadcast of education material alongside television, adding that the objective was to reach out to more children across the country.

Elsewhere, children up to the age of 11 returned to nurseries and schools across Denmark, as the country became the first in Europe to relax coronavirus restrictions on education, the BBC reported on Wednesday.

Prime Minister Mette Frederiksen welcomed children as they went back to school in the capital Copenhagen.

Denmark was among the first countries in Europe to impose a lockdown, with schools closed on March 12.

Infection rates have been low and critics warned the strategy was risky.