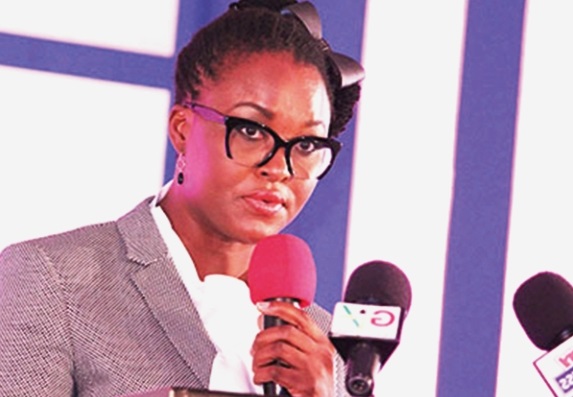 The Data Protection Commission (DPC) has initiated action to prosecute officials of 177 institutions which function as data controllers but have failed to register with the commission, as required by the law.

The  institutions, comprising 25 airlines, 89 hotels, 50 hospitals and 13 shopping centres, have violated the Data Protection Act, 2012 (Act 843) which makes it obligatory for institutions that perform functions as data controllers to register, in accordance with Section 27 (1) of the act.

The Executive Director of the DPC, Mrs Teki Akuetteh Falconer, told the Daily Graphic that the commission had already initiated legal action against those organisations.

She said it was working with the Cyber Crime Unit of the Criminal Investigations Department (CID) of the Ghana Police Service for the police to go through their own processes to open dockets for the cases.

She said in the case of limited liability companies, their directors and secretaries would be held liable.

However, for public institutions, such as ministries, departments and agencies (MDAs), the chief directors were culpable.

“Each institution is expected by the law to designate someone as a data controller. For instance, for Parliament, it is the Clerk of Parliament, and for the universities, it is the heads, including the vice-chancellors,” she said.

Mrs Falconer said the commission was working on releasing the next list, which includes educational institutions that are yet to register with the DPC.

Earlier in a statement signed by Mrs Falconer, the commission said in order to protect the interest of the public, it had no choice but to commence the prosecution of the offending institutions and the publication of their names to prevent reckless misapplication, use and abuse of personal data.

“This is the first in the series of publications that the commission will be undertaking. We are advising offending institutions to, as a matter of urgency, register now to avoid prosecution,” the Executive Director warned.

The Data Protection Act mandates all entities, public and private, local and international, consultants and individuals who collect, hold and use personal data in Ghana to register with the DPC, in accordance with sections 27(1) and 46(3), which prohibit the collection, holding and using of personal data by data controllers that have not registered with the commission.

Section 53 and Section 56 of the act states that: “a person who fails to register as a data controller but processes personal data commits an offence and is liable, on summary conviction to a fine of not more than 250  penalty units or a term of imprisonment of not more than two years or to both’,” Mrs Teki said.

The statement cautioned the public against providing their personal information to such institutions, since doing that increased the dangers associated with the unlawful processing of their personal data, which included sale of their information, such as credit card details, residential address and phone numbers, to third parties for criminal and fraudulent purposes, lack of access or control over their information and identity theft.

The publications informed potential data controllers of their obligation to register with the commission. In the said publications, it was stated that an institution or individual existing prior to the commencement of Act 843 had three months to comply with the requirement to register.

The three-month period, however, expired on July 31, 2015 and was subsequently extended by another three months, on the request of data controllers.

But many institutions the commission expected to comply with the directive failed to do so.

Subsequently, the commission, in April last year, sounded the clarion call to such organisations again but it did not yield fruits.

Who is a data controller

The affected companies include Accra’s top shopping centres —  A&C, the Marina Supermarket, the West Hills and the Junction malls, the Koala and the Max Mart Shopping centres, the Palace Hypermarket Interchange, the Achimota Retail Centre, the Game Stores, Mr Price, Shop-N-Save and the Citydia Supermarket.

However, Daily Graphic checks indicate that while Lufthansa Airlines no longer operates in Ghana, Ghana International Airlines Limited and Citylink Airline are defunct.

But Mrs Falconer told the Daily Graphic that the list showed that although such companies might not be operating in the country, they were still on the official records of the Registrar-General’s Department.