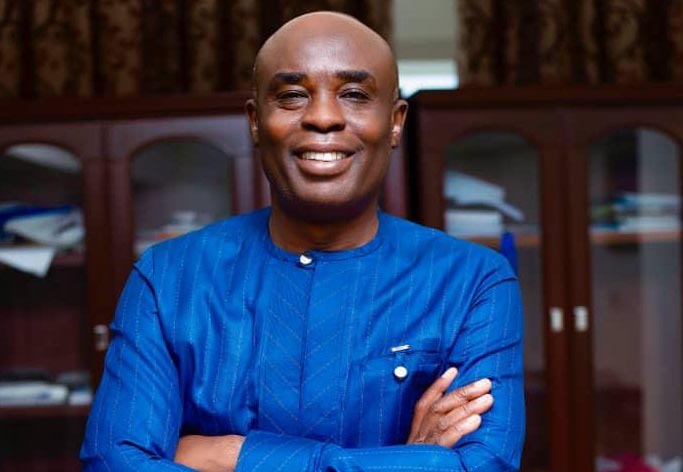 In the writ of summons, Prof Amartey, said the defendants put out a defamatory publication with his picture on the internet under the banner headline “Investigate VC of UPSA- Ex Auditor petitions Presidency”.

“The plaintiff says around 12th August 2020, he woke up to be bombarded by numerous calls from abroad and Ghana by colleagues, friends and relatives with the news that they have seen a shocking publication concerning him on Ghana Web under the banner headline Investigate VC of UPSA - Ex Auditor”, the suit states.

“He checked the Ghana Web page on the internet only to find a very offensive and highly defamatory publication with his picture planted thereon calculated to destroy his hard-earned reputation; a reputation won by several years of selfless dedication and hard work".

According to Prof Amartey, the material was published by the defendants without bothering to find out from him or reaching out to the university for their side of the story.

The plaintiff adds that the publishers (defendants) attributed the source of their publication to the then Internal Auditor of the UPSA (defendant), Michael Quaye, who was transferred to the Directorate of Finance by the University on or around September 6, 2020.

He also avers that by the said publication the defendants meant and were understood to mean, inter alia, that the plaintiff was a fraudster, a corrupt person and a crook who is not fit to occupy the high office he is occupying and further that plaintiff is after the life of the Micheal Quaye(defendant) and should be tried for committing crimes against the state.

According to Prof Amartey, the publication was motivated by the conspiracy of the internal auditor, Mr Quaye, after his attempt to abort the renewal of the appointment of the Vice-Chancellor failed, "he resorted to a higher level to destroy the reputation of the plaintiff through peddling the sensational false news in order to attract more readership and advertisement".

Prof Amartey is seeking GH¢10million in general and aggravated damages from the defendants and a withdrawal of the offensive publication as well as an unqualified apology with the same prominence in media that will be approved by the plaintiff.

He also wants a perpetual injunction restraining the defendants and their affiliates from further publication of the said defamatory material.