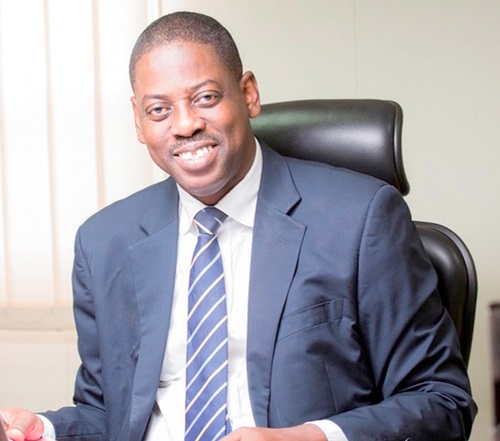 A group calling itself Coalition of Aggrieved Customers of Gold Coast Fund Management (GCFM) has urged the government to speed up processes to have members’ locked up investment with the company paid to them.

The group, which threatened to hit the streets in protest if nothing was done in 21 days, also called on the regulator, the Securities and Exchange Commission (SEC), to issue acknowledgement receipts of validation to all customers who took part in the validation process.

Speaking at a press conference in Accra last Monday, the group’s Public Relations Officer (PRO), Mr Charles Nyame, called on the government to arrange a meeting between the Finance Minister and the leadership of the  customers group to deliberate on the best possible out of the situation.

The customers, many of whom had come from various regions thronged the conference hall of the Accra Technical University where the press briefing was held, wearing red scarves to register their displeasure over the delay in paying them their locked up investments with the fund manager.

Mr Nyame said in spite of numerous petitions and demonstrations, the group was amazed at their non-mention in President Akufo-Addo’s new year message even though “the President made mention of all the other banks affected by the financial sector clean-up.”

“The President should guarantee us full payment of our investment just as he said he would do for customers of other savings and loans and microfinance institutions in his 2019 December Christmas message,” he said.

He said the proposal by the Finance Minister to cap the amount to be to paid at GH¢10,000 or GH¢20,000 was completely unacceptable considering the different levels of individual investments with the company which ranges from GH¢50,000 to over GH¢40 million.

Mr Nyame described the validation process as “haphazardly planned and initiated by the SEC and government”. He said he did not understand why the process was still ongoing when the second deadline given for the validation exercise ended on January 15, 2020.

“This is an indication that the validation process which began on November 18, was just a grand scheme by the government to buy time, otherwise how should a validation process still be ongoing after it has been extended for a month without any concrete information to us the customers,” Mr Nyame stated.

He also said customers the fund manager owed had not received any information from the regulator regarding the next line of action insofar as their locked up investment was concerned.

“We have also resolved as a group to vote against this current government in the upcoming 2020 general election if our demands are not met and are calling on all customers of the other defunct fund management companies to join this noble fight to help retrieve our hard-earned money,” he said.

The Securities and Exchange Commission (SEC) withdrew the licences of 53 fund management companies which included the CGFM on Friday, November 8, 2019.

According to SEC, the affected companies failed to return clients moneys  which have remained locked up in contravention of the investment rules.

"They have failed essentially to perform their functions efficiently, honestly and fairly and in some cases are in continuous breach of the requirements of relevant securities law, rules or conditions, despite opportunities the SEC had provided  them,” a statement issued by SEC said.