COVID-19 treatment centres in Ashanti run out of beds 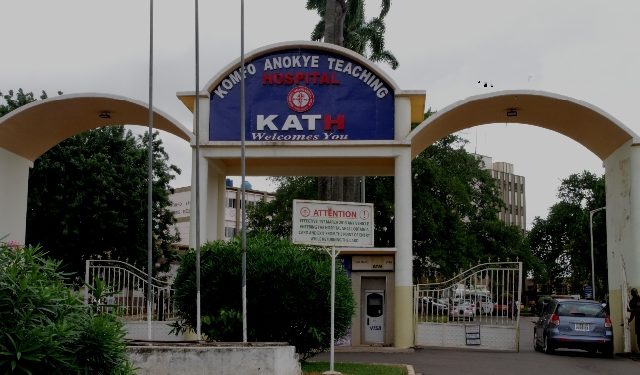 The two coronavirus disease (COVID-19) treatment centres in Kumasi in the Ashanti Region have run out of beds and are unable to admit new patients.

The Komfo Anokye Teaching Hospital (KATH), which has the capacity of 18 beds and the Kumasi South Hospital at Agogo, which also serves as the Regional Hospital with 20 beds, are both full as a result of the increase in the number of cases being recorded in the region.

The region currently has 2,403 positive cases with 38 deaths.

Addressing the media in Kumasi yesterday, the Ashanti Regional Director of Health, Dr Emmanuel Tenkorang, said the rapid mutation of the virus was also exposing health workers to the disease.

According to him, 97 health workers in the region had contracted the virus with one death.

They include 18 doctors and 47 nurses, with the rest being auxiliary workers such as cleaners, contact tracers, physician assistants and administrative staff.

Dr Tenkorang said 14 of the workers had recovered and were doing well while the other 82 were being managed at home.

He explained that the changing signs and symptoms of the virus were posing a great danger to the health workers as many of them were being exposed inadvertently.

Dr Tenkorang said because some of the patients did not report with the known symptoms of the disease, “before they are diagnosed of having coronavirus, the health workers have already been exposed. Most of the cases being recorded lately present with malaria-like symptoms and general malaise”.

The director expressed worry about the rising cases in the region and appealed to residents to strictly adhere to the protocols and guidelines on safety to stem the spread.

He said the region could be overwhelmed with cases if the people failed to change their attitudes and continue to behave in wanton disregard of safety protocols such as social distancing, washing of hands with soap under running water and wearing of nose masks.

In the region, the KATH is the only facility with four ventilators; the other centres have none.

Dr Tenkorang said plans were advanced for the expansion of the Kumasi South Hospital (KSH) treatment centre to increase its capacity to 41 beds, while seven beds had been secured at the Suntreso Hospital for the treatment of COVID-19 cases.

He said a senior medical officer had also agreed to offer his facility as a treatment centre and when “that happens, we will have a total of 138-bed capacity for treatment”.

The director further said there was the need for the establishment of more isolation centres to cater for the rising cases in the region.

Currently, the isolation centre can only take 207 people “and luckily for us most of them were discharged yesterday”, Dr Tenkorang said, adding “we are in talks with the Ghana Registered Nurses Association who have also agreed to offer their hostel as an isolation centre”.

On the purported strike action by contact tracers in the region, Dr Tenkorang admitted that the allowance paid to the volunteers had been slashed from GH¢150 to GH¢70.

He explained that during the lockdown when the workload was high, the health directorate recruited volunteers to assist the staff of the Ministry of Health in the The amount was paid to only the volunteers while the staff of the ministry were paid only their usual monthly salaries.

However, after the lifting of the ban on movement, the ministry decided to do away with the volunteers and use only the staff for the contact tracing and added that the volunteers were being used only in Greater Accra and Ashanti regions, while the other regions relied solely on their own staff.

The director said some of the districts later requested to also use volunteers for contact tracing as they did not have enough personnel to perform that task.
According to him, it was subsequently agreed that those who wanted to use the volunteers should budget for them from their own resources and “they agreed to pay them GH¢70 a day and this was communicated to them”.

“Besides, we have asked those who have any problem to report to the regional health directorate but we are yet to see any of them,” he said.