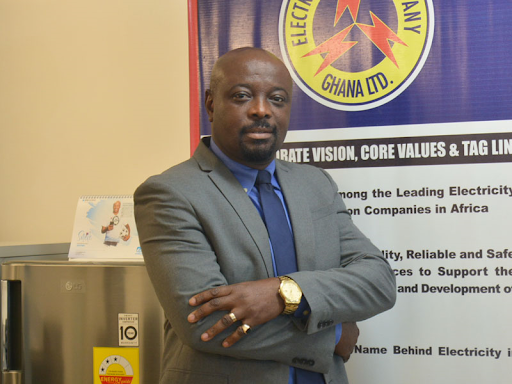 The Electricity Company of Ghana (ECG) has started implementing the three-month electricity bill relief announced by the government to mitigate the impact of the coronavirus disease (COVID-19) on customers.

The final configuration of the company’s pre-payment systems was completed in the night of April 30, 2020, thereby paving the way for the electricity reliefs to kick in on May 1.

This was disclosed to the Daily Graphic by the Chief Executive Officer (CEO) of the company, Mr Kwame Agyeman-Budu, in an interview.

The Daily Graphic had gone to find out from the utility provider how it was implementing the social intervention directive given by the President, Nana Addo Dankwa Akufo-Addo, on April 9, 2020.

To mitigate the impact of the COVID-19 pandemic on the citizenry, the President had, on Thursday, April 9, 2020, announced the absorption of the entire electricity bills of consumers who consume up to 50 KWh, while residential and commercial consumers were to benefit from a 50 per cent discount of their bills.

The three-month electricity bill relief announced by the government will, according to the Minister of Energy, Mr John-Peter Amewu, cost the country GH¢1 billion.

Daily Graphic checks revealed that the utility company had rolled out the intervention programme last Friday, May 1, but not without challenges, as some customers complained about not getting their benefits, as promised.

While some said they had received the relief package, others expressed disappointment because their benefits did not reflect.

Some prepaid customers who spoke to the paper said although they had gone to vending points to purchase electricity, they did not see any such relief on their bills.

One prepaid customer told the Daily Graphic that he had bought GH¢20 worth of credit at a vending point at Korle Bu in the Greater Accra Region on Saturday, May 2, 2020 and got an additional GH¢20, an indication that the relief had reflected.

However, another customer residing at Dansoman in Accra said he had bought GH¢500 worth of credit in March this year and had hoped to get GH¢250 worth of power as his 50 per cent discount, but was disappointed, as he only got GH¢40 as relief.

Another customer at Adenta said while she was yet to receive any relief, her bill had gone up.

She said she received notification from the ECG app that she had consumed GH¢753 within a week, describing that as alarming because for a whole month, and with a family of five, the highest usually spent on electricity was GH¢200.

“What has changed so much that the consumption rate has more than doubled in just one week?” she enquired.

While admitting that the implementation of the relief package had had some initial challenges, Mr Agyeman-Budu said it had largely been successful.

“Reports across all the operational areas of the ECG as of Sunday, May 3, indicated that we had successfully implemented the intervention and customers who visited vending points saw COVID-19 relief packages on their receipts.

“We have almost four million customers and I can say that all post-paid customers have been catered for successfully. Almost two million of the customers are prepaid users and we have only about 500 not getting their benefits, so it has been largely successful,” he said.

He indicated that all post-paid customers would see a reflection of the electricity reliefs for April on their bills by the middle of May this year.

Touching on the initial implementation challenges, Mr Agyeman-Budu indicated that some prepaid customers failed to swipe their cards or insert them into the meters, as required, before attempting to purchase power.

He indicated that in that circumstance, it was difficult to get the customers’ relevant consumption data for March 2020, which was used as the baseline.

“We had served notice that all prepaid customers needed to swipe their cards on the meters or insert them into the meters to be able to benefit from the reliefs, but some of them failed to do so. That is why some of them went to vending points and did not see the reliefs,” he said.

On those who purchased more credit in March but did not get the corresponding reliefs, he explained that the calculations were done based on consumption, not purchases.

“We have customers who bought GH¢2,000 worth of credit because of the fear of the COVID-19 partial lockdown of Accra. But they used only GH¢500 worth of that by the end of the month. If we are calculating the reliefs, they will get GH¢250, which is 50 per cent of what they had consumed,” he said.

Mr Agyeman-Budu also said some prepaid customers had not received their reliefs because of the volume of data the company was dealing with which had slowed down the network.

He added that the ECG had about 10 metering systems but some of them were slow and that accounted for the delay in the reliefs for some customers.

“For instance, some 300 prepaid customers who use the Huyu meters around Kasoa and another 200 who use the Powercom meters around Glife have all not had the reliefs because their machines are very slow,” he said.

Mr Agyeman-Budu urged all prepaid customers who were yet to get their reliefs to be patient because they would receive what was due them this week.

“Definitely we are complying with the government’s directive to ensure that everyone gets what he or she deserves and we will not renege on it,” he stressed.

He asked all ECG customers who had genuine concerns about the reliefs to contact the nearest ECG offices for redress.