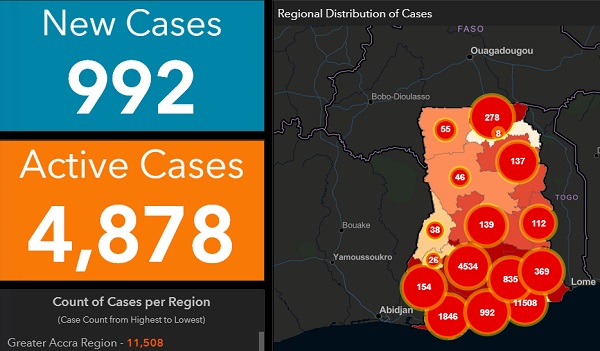 The GHS update released on Monday increased the country's case count to 21,077.

The update also indicated that the new cases were detected from samples collected between June 18-July 1, 2020.

The death toll from the disease increased by seven new cases to 129 while the number of recoveries/discharges rose to 16,070.

Count of Cases per Region