Courts go digital as filings to be done online 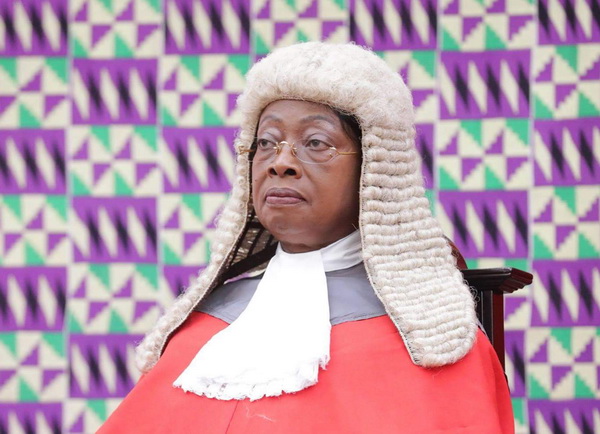 Beginning next month, patrons of the courts will not need to carry volumes of documents to be filed at courts registries because the Judicial Service is set to roll out an online filing system.

The Chief Justice, Ms Justice Sophia Akuffo, who announced what will probably be the biggest reform of her early tenure, said it was her expectation that by the time she retired on December 20, 2019, all courts in the country would be connected to the system.

She was speaking at a two-day conference organised by the Ghana Institute of Management and Public Administration (GIMPA) in Accra on Thursday.

The conference, on the theme: “The Judiciary and its contribution to Ghana after 60”, is meant to provide a platform for the participants to reflect on the country’s Judiciary past, analyse the present and look into the future.

“There will be, from the district courts all the way to the Supreme Court, connectivity, so that you can appeal from the lowest court.

“Most of the time the delay is because of records. If, right from the beginning, the records are electronically captured, that is half the problem solved,” Ms Justice Akuffo said.

The initiative by the Chief Justice comes on the back of reports of missing dockets which sometimes delays cases and judgements.

On July 7, 2014, two litigants who turned up at the James Town Magistrate Court in Accra for judgement in their case had to leave in anger and frustration after they were told that the docket on the case was missing.

The case had been in the court since February 2012 and had travelled through the process until judgement was due on that day, but the magistrate had to call the two parties to her chambers to find an amicable solution after the registrar had reported that the docket was nowhere to be found

At its annual conference in Sunyani last year, the Ghana Bar Association (GBA) had expressed serious concern over the rampant incidents of missing dockets at the various courts in the country.

Probably with that concern in mind, the Chief Justice observed that “the more technology you pump into a procedure-bound process, such as the legal and judicial process, the less you create opportunities for corruption to tamper with the delivery of our services,” she said.

She said the online filing of cases would eliminate the amount of face-to-face intervention other than what was needed inside the courtroom.

“Mechanisms have already been put in place and are being extended to ensure that as much as possible dealings with litigants and officials of the court, particularly at the registry and the clerical level, is limited to only what is necessary,” she said.

In the United States, for instance, the Federal Judiciary case management/electronic case files (CM/ECF) system allows case documents, such as pleadings, motions and petitions to be filed with the court, using a computer and Internet connection. This process gives the courts a way to easily manage the files electronically.

In Singapore, the electronic filing system (EFS) is the Judiciary's electronic platform for filing and service of documents within the litigation process.

In addition, it provides the registries of the Supreme Court and the lower courts with an electronic registry and workflow system and an electronic case file.

Recent enhancements are said to have added a module which facilitates the conduct of hearing using documents that have been electronically filed.

“It is important that the financing of the Judiciary is given very serious consideration. We cannot continue to be a sympathetic-backroom part of governance where, after everything has been served out and enjoyed, then you get the crumbs. That cannot happen. The people of Ghana deserve and need quality justice. They need court buildings that are fit for human use,” she said to applause from the packed auditorium of judges, legal academics, lawyers and law students.

She expressed concern over deplorable court buildings in rural communities she saw during a working tour of the three regions of the north.

She said the Judicial Service had charged some of the assemblies to build courts, adding that every district assembly needed to know that court buildings, furniture and all other amenities at district courts were their responsibility.

On corruption, she said the Judicial Service would not play ostrich but rather “be vigilant and continually put in measures, mechanisms and interventions that will ensure that the canker will be controlled and eventually completely exorcised. Hopefully, the exorcising will take place in my time”.

Ms Justice Akuffo encouraged the public not to think that they could bring an action to the Supreme Court for an enforcement of the 1992 Constitution only if they had a personal interest.

She cited the example of Lawyer Martin Kpebu who, she said, had no interest in the case in which the court declared that all cases were bailable.

The Omanhene of the Asokore Traditional Council, Nana Dr Susubiribi Krobea Asante, who chaired the conference, eulogised the role of the Judiciary in sustaining the rule of law in the country over the years, in spite of the turbulent environment and times it operated during some regimes.

He urged judges to keep expanding the frontiers of law and justice delivery in the face of a changing society and growing expertise in areas, including environmental law, foreign direct investments and cybercrime.

Speaking to the theme, the Dean of the GIMPA Law School, Mr Kofi Abotsi, observed that 60 years on, Ghana’s Judiciary had a cause to celebrate, including producing chief justices for countries including Kenya, Botswana and The Gambia.

“Sixty years on, mob justice is the exception and not the norm. Sixty years on, the Judiciary has become a major player in our governance, saving the country on occasions. Sixty years on, we see, therefore, the platform to celebrate and reflect on the institution’s life for purposes of forging ahead,” he added.