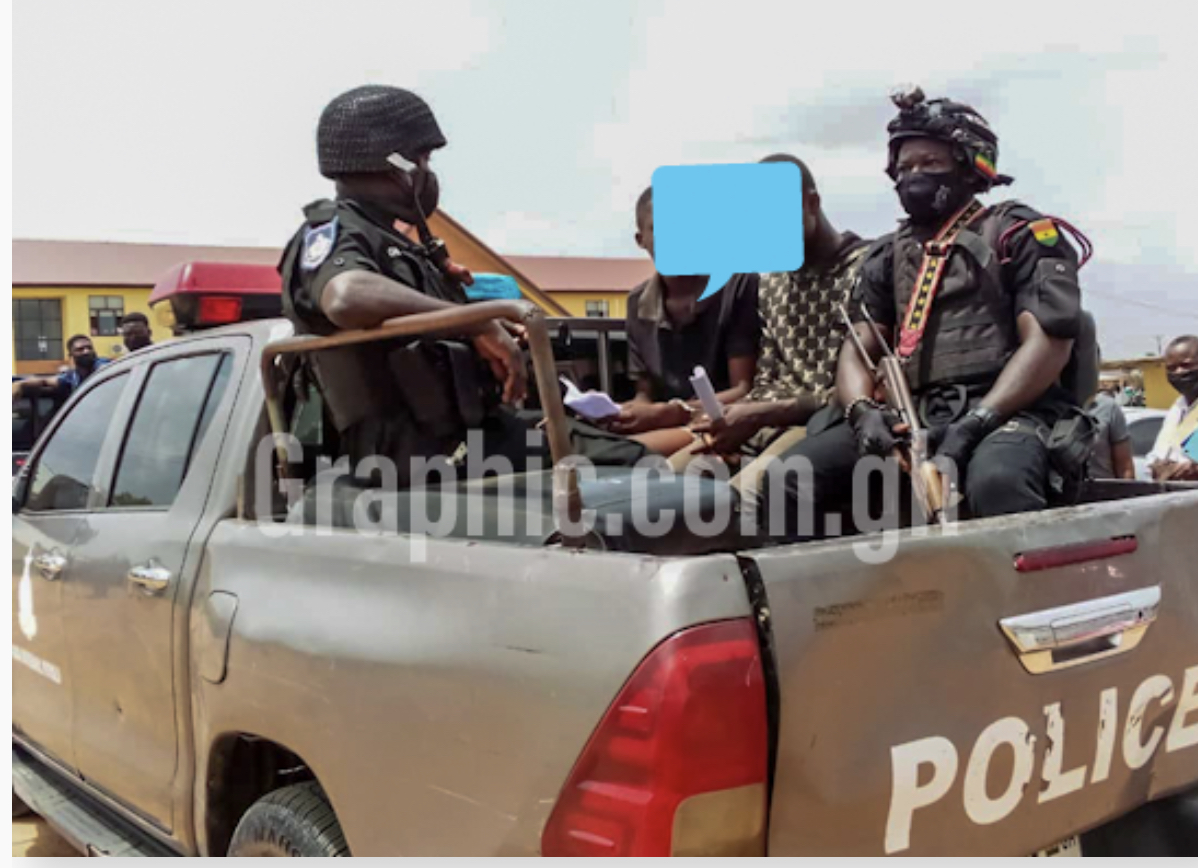 This is to allow the police to conduct more investigations into the matter.

They are to reappear on April 20, 2021, reports Graphic Online’s Emmanuel Bonney who was at the court Tuesday morning (April 6, 2021).

The court was presided over by Her Worship, Mrs Rosemond Vera Ocloo.

Felix Nyarko, 15, and Nicholas Kini, 17, are alleged to have conspired to kill the Class Four pupil of the Maranatha School, Ishmael Mensah last Saturday.

The entire Lamptey Millis area was thrown into a state of shock and mourning in the mid-morning of Holy Saturday when news emerged that two teenagers had killed a young boy.

The incident flooded various social media networks after the arrest of the suspects.

The two teenagers who allegedly killed a 10-year-old boy at Coca Cola, near Lamptey, a suburb of Kasoa in the Central Region, had initially planned to kidnap him to demand a ransom of GH¢5,000, according to the prosecutor.

Putting the two teenagers before the Ofaakor District Magistrate Court Tuesday in their first appearance in court, the Prosecutor, Chief Inspector Ernest Agbo, said the accused - Felix Nyarko, aka Yaw Anane, 16, a mason labourer, who is the first accused, and Nicholas Kini Kwame, 18, a student and second accused, had planned to take the money and add Ishmael Mensah Abdallah, the deceased, to it to present to a spiritualist for rituals..