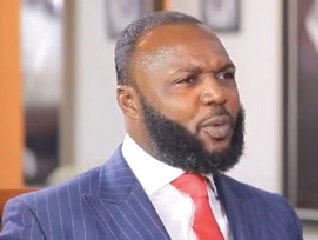 The High Court hearing the trial of the founder of defunct Capital Bank, William Ato Essien, and two others accused of causing the collapse of the bank has halted the criminal trial pending the determination of an appeal against the trial court’s decision to admit unsigned documents into evidence.

In a ruling on May 10, 2022, the court, presided over by Justice Eric Kyei Baffour, said although he did not find any clear provisions in the rules of court that precluded him from proceeding with the trial, “I have given the prayer the most thoughtful consideration and in order not to create the impression that proceedings before me in the face of that application will unfairly prejudice the determination of that application, I will exercise my discretion to stay the proceedings before me”.

He, therefore, adjourned the case to May 25, by which time the outcome of the appeal would have been ready.

Essien is standing trial with Fitzgerald Odonkor, a former MD of the bank and Tettey Nettey, the MD of MC Management Services, a company said to be owned by Essien.

The court on April 7, 2022, admitted the minutes as well as other documents which were all attached to the witness statement of Fitzgerald Odonkor, a former Managing Director of the bank, when he opened his defence in the trial.

But Essien has since expressed his dissatisfaction with the court admitting the documents which were not signed, arguing that its admission could be injurious to his (Essien’s) defence.

Consequently, he filed an application for stay of proceedings in his criminal trial in which he and two other persons have been accused of stealing from the GH¢620 million Bank of Ghana liquidity support given to the bank leading to its insolvency and eventual collapse.

Moving the motion for stay of proceedings pending the determination of the appeal, his counsel, Baffuor Gyawu Bonsu Ashia, argued that the appeal had a chance of succeeding and the court in granting an application for stay will not cause any undue delay in the trial.

He said the special circumstance that existed was that the court might rely on the unsigned documents in the final determination of the trial which might be injurious to the defence of Ato Essien.

Capital Bank was one of the first banks that collapsed after a massive clean-up of the financial institutions by the BoG which started in 2017.

On August 14, 2017, its licence and that of UT Bank were revoked by the BoG, after the central bank had declared them insolvent.