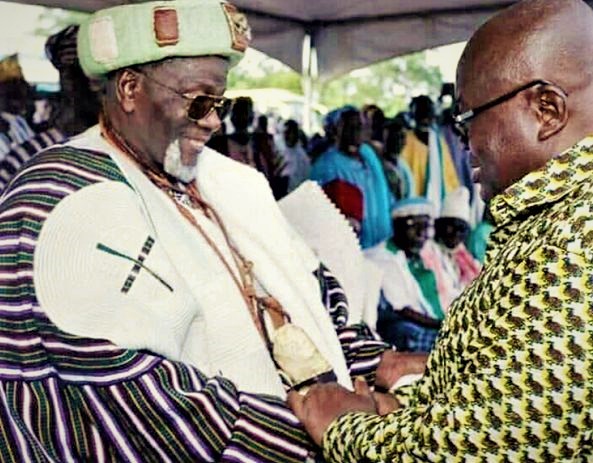 FLASHBACK: President Akufo-Addo welcoming the Savelugu Naa, Yoo Naa Abubakari Mahama, to the Jubilee House when the three Eminent Chiefs, led by the Asantehene, presented the road map to peace in Dagbon to him

Yo Na was on Friday offered cola nuts and pieces of straw as a symbol of triumph and authority as the incoming Yaa Naa - Overlord of Dagbon.

That was after the four kingmakers, including the Kuga-Naa, Abdulai Adam; and the Gushie Naa had consulted the oracles to guide them in the choice of a right candidate for the ‘Namship.’ 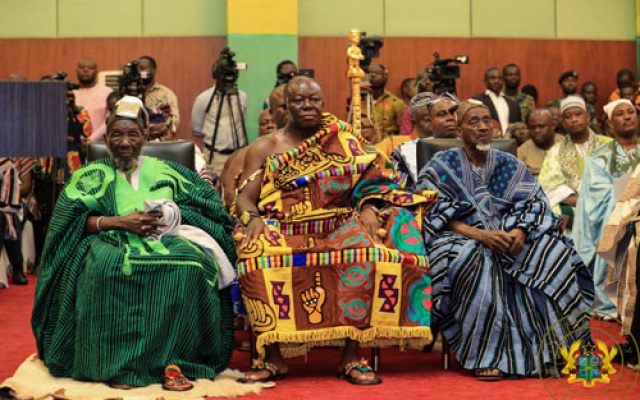 Naa Mahama, who, until his selection was the head of the Andani family, succeeds his late nephew, Yakubu Andani II who died in March 2002 in Yendi.

His nomination is in line with the customs and traditions in respect of succession to the kingship of Dagbon. 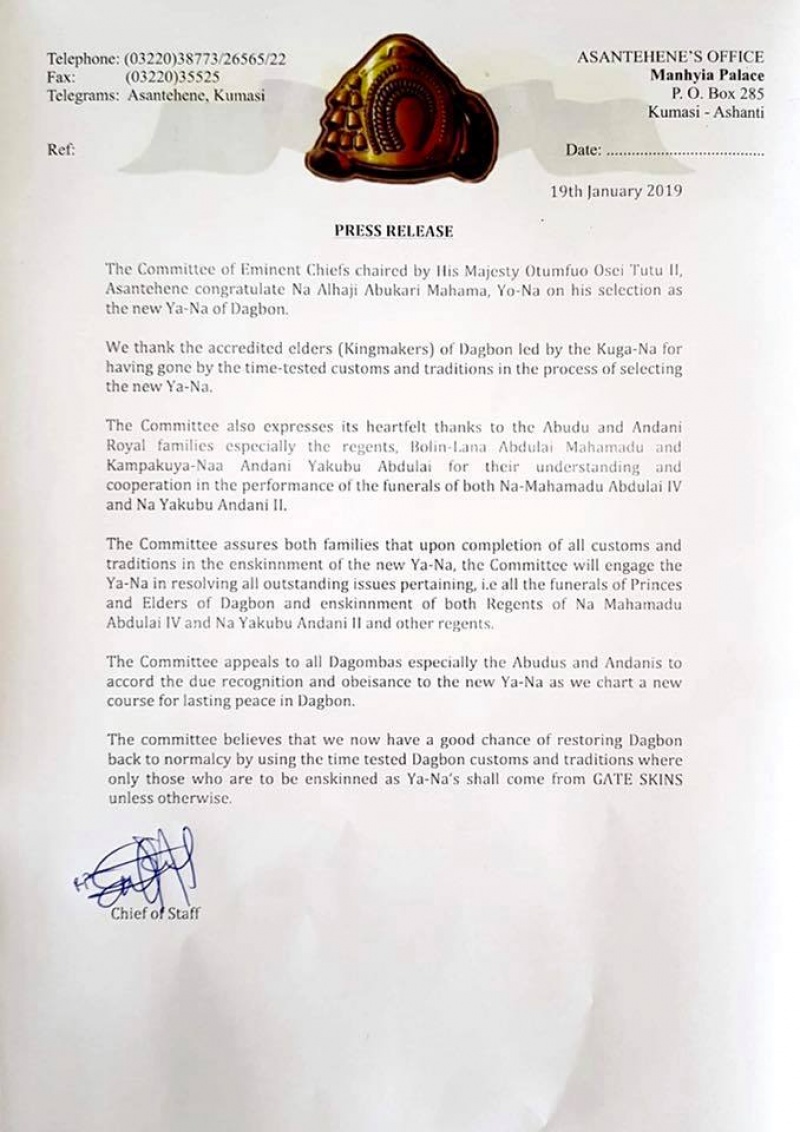 It is also in tandem with the Dagbon Constitution of 1930 and a Supreme Court decision of December 1986 that ordered that only occupants of the gate skins of Mion, Karaga and Savelugu are eligible to contest the kingship of Dagbon.

The Eminent Chiefs in a statement issued January 19 expressed gratitude to the Abudu and Andani Royal families for their understanding and cooperation in the performance of the funerals of both Na-Mahamudu Abdulai IV and Na Yakubu Andani II.

The Committee also assured both families that upon completion of all customs and traditions in the enskinment of the new Yaa Naa there will be continuous engagements to resolve all outstanding issues relating to funerals of Princes and Elders of Dagbon and enskinment of both Regents of Na Mahamadu Abdulai IV and Na Yakubu Andani II and other .