CODEO satisfied with conduct of elections 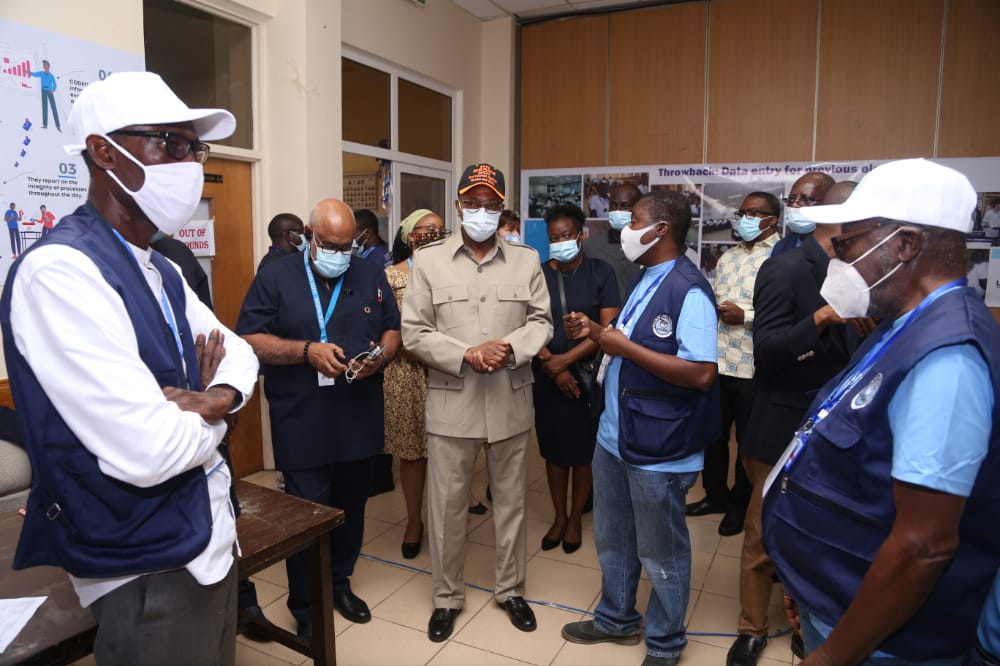 In its mid-day situational report on Ghana’s 2020 election held Monday, the Coalition of Domestic Election Observers (CODEO) expressed satisfaction with the conduct and management of the presidential and parliamentary elections.

According to the elections observer group, reports received from 1,499 of its agents in the 275 constituencies indicated that arrangements put in place by the Electoral Commission (EC) for the election setup were adequate for most polling stations.

It found that voting generally commenced on time with two-thirds of the polling stations covered opening between 7:16 a.m. and 8 a.m, while a few of them opened after 8 a.m.

Nonetheless, the coalition said it had received reports also of some incidents, including non-compliance with COVID-19 protocols, harassment of voters and polling station officials and non-functioning biometric verification devices (BVDs) in a few polling stations.

Addressing the media in its Midday Situational Report at Teshie near Accra, the acting Chairperson of CODEO, Sheikh Armiyawo Shaibu, said most of the polling stations observed (72.5 per cent) had the required number of election officials at post.

“CODEO observers reported seeing polling agents of the two main political parties present in almost all the polling stations at the time the stations opened (NPP-99.6 per cent; NDC-99.1 per cent). In about 50 per cent of the polling stations, no agent(s) of the other parties and the independent candidate were present,” he said.

Regarding security of the elections, Sheikh Shaibu said CODEO’s observers found that in almost all the polling stations visited, personnel of the security agencies were either stationary or were moving about to monitor the goings on.

He added that there were about 14.7 per cent of the polling stations reported to have been without security.

Sheikh Shaibu said even though the elections were generally successful and peaceful across the country, there were also instances of inappropriate behaviour at some of the polling stations.

For instance, he said, at the Manguam Polling Station in the Lower Manya Krobo Constituency in the Eastern Region, supporters of the NPP and NDC were loitering around the polling station even after having voted and coercing prospective voters to vote for the party of their choice.

“Moreover, unofficial persons were being allowed into the area cordoned off to speak to the EC officials. These, in some instances, held up the voting processes for some five to 10 minutes. Be that as it may, CODEO is collaborating with its partners to fact-check the incidents reported,” he said.

Sheikh Shaibu said as of 1 p.m. yesterday, a few of its observers were yet to file their reports due to network challenges.

“CODEO is continuing to receive reports from its network of observers deployed nationally and will continue to release updated reports,” he said.