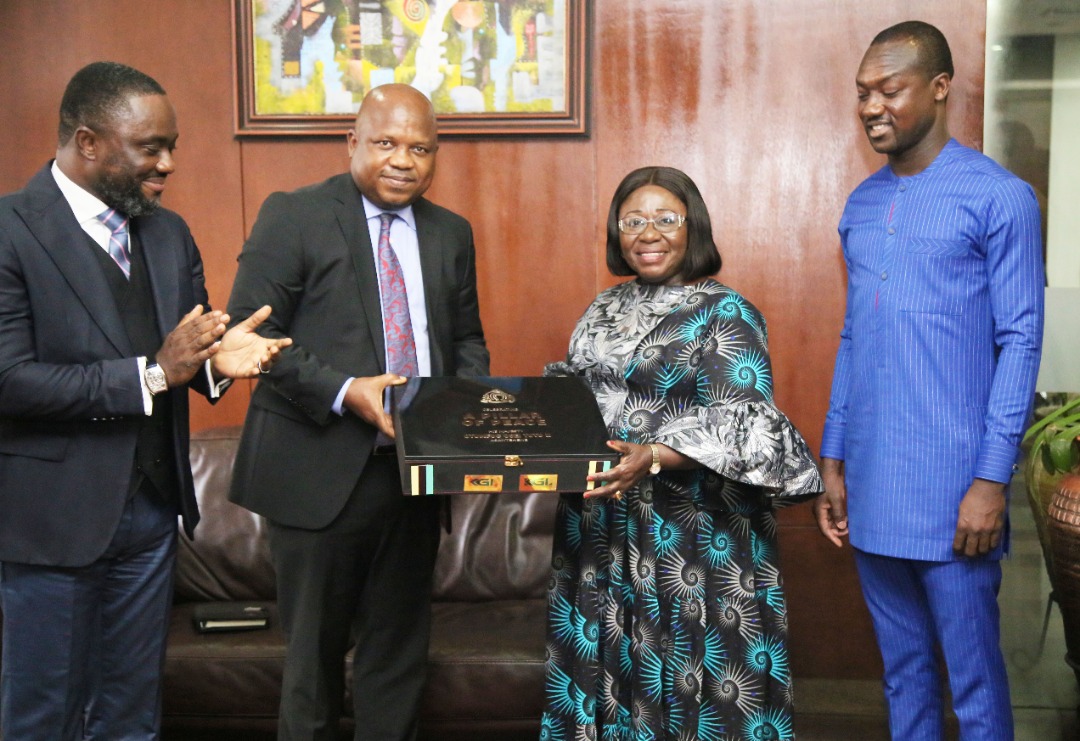 The Chief of Staff at the Presidency, Akosua Frema Osei-Opare, has called on Ghanaians not to downplay the importance of peace in national development.

She said most often people tend to forget how conflicts had cut back the progress of communities.

Mrs Osei-Opare said this when a delegation from the E ON 3 Group and its partners presented the Otumfuo Commemorative Coin to her at the Jubilee House on Tuesday, April 12, 2022.

She hailed the Asantehene, Otumfuo Osei Tutu II, for the role he had played in bringing peace to political transitions under the Fourth Republic.

“As a politician, I am very much aware of the sensitive role that he has played to bring peace in our political transitions.

“When thing got really tough, he brought factions together, brought a voice of reason into matters that could have troubled the country,” she said.

The Chief of Staff noted that the country would always be grateful to the Asantehene for the way he led the Committee of Eminent Chiefs to bring peace to Dagbon after many years of a devastating chieftaincy dispute.

According to Mrs Osei-Opare, having previously worked in northern Ghana as the Country Director of Action Aid, she knew how important the Dagbon Kingdom was.

It was, therefore, unfortunate that years of chieftaincy dispute brought so much harm to that important kingdom.

Therefore, she said, it was important to recognise that Otumfuo, in all his tact and diplomacy, which led the three-member Committee of Eminent Chiefs in the peace journey.

“So we are grateful for the life of Otumfuo and all that he continues to do,” the Chief of Staff stated.

Mrs Osei-Opare noted that Otumfuo Osei Tutu II transcended Ashanti in the sense that he had used his position to support national development and peace building.

She expressed gratitude to the E ON 3 Group and its partners for the honour done her with the presentation of the gold coin.

Besides, she said, she was honoured to be part of the launch of the Otumfuo Commemorative Gold Coin at the Manhyia Palace in December 2021.

The honour of the coin, she asserted, went to a befitting son of the country.

The delegation that was at the Jubilee House included the Executive Chairman of E ON 3 Group, Richard Adjei Mensah Ofori-Atta, and the General Manager, E ON 3 Group, Jesse Agyepong.