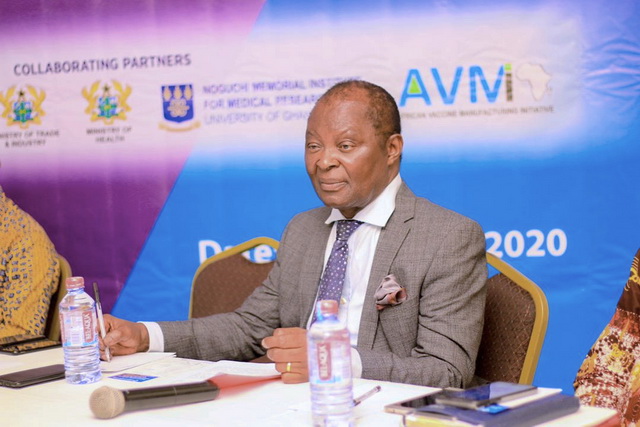 The Ghana National Chamber of Pharmacy has bemoaned what it says are attempts to tarnish the reputation of the Food and Drugs Authority (FDA) and its Chief Executive Officer, Mrs Delese Mimi Darko.

According to the Chamber of Pharmacy, an investigative piece by journalist Manasseh Azure levelled bribery allegations against a top non-scientific official of the FDA.

It says however that headlines to the story in several media outlets added a twist to smear the CEO even though the substance of these stories rightly stated the role of the CEO as the one who reported the allegation to the security apparatus for investigation and necessary action.

“The Chamber believes that the misleading headlines do not only tarnish the image of the CEO but also damages the hard-earned reputation of Ghana's sterling medicines regulatory agency, FDA. It is instructive to note that the Ghana FDA is considered as one of the most stringent medicines regulatory authorities in Africa. It is now at Maturity Level 3, a feat that is only achieved if its processes are open, are transparent and is of integrity with due process a part of the core aspects of its daily operations.

“Ghana FDA has by dint of hard work, secured an enviable position in West Africa and Africa. In West Africa, the Ghana FDA is the lead medicines regulatory authority for all harmonisation activities. The FDA CEO is a career regulator who has worked in FDA over the past 25 years helping lift it from its humble beginnings to its current enviable state. Her good work for Ghana has led to her serving on prominent projects and committees in Africa and the world. Currently she is the Chair of the Steering Committee of the African Vaccines Regulators Forum (AVAREF) that is playing a critical role in ensuring availability of safe Vaccines to Africa including COVID-19 vaccines.”

The Chamber per the statement signed by its chairman, Pharmacist Harrison K. Abutiate, said it found it unfortunate that coverage in both mainstream media and social media seems designed to embarrass her and the FDA by seeking to implicate her in these unfortunate happenings even as the original story did not mention her in anyway.

The Ghana National Chamber of Pharmacy said in the prevailing COVID-19 environment where all regulators worldwide are under immense pressure, it is very important for journalists to report facts accurately and fairly to avoid ambiguity and unexpected consequences to organisations and individuals

“It is the wish of the Ghana National Chamber of Pharmacy that ongoing investigations by the national security apparatus as well as the internal disciplinary procedures will be concluded and the findings quickly made public so that Ghana can continue to enjoy the pride of place in its quest to become the pharmaceutical hub of Africa.”