Businessman in court for car theft 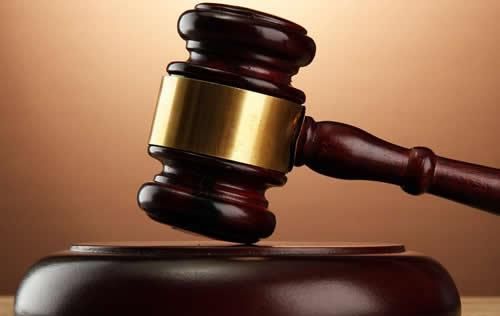 A 29-year-old businessman has been dragged to the Accra Circuit Court for allegedly bolting with a rented Toyota Corolla.

According to the prosecution, Godwin Nana Yaw Bamiah Yombu disabled the vehicle tracker installed on the car after the expiration of the rental period.

Yombu pleaded not guilty to the charge of stealing when he appeared before the court, presided over by Mr Emmanuel Essandoh.

He was subsequently granted bail in the sum of GH¢100, 000 with two sureties.

Per the bail condition, one of the sureties must be a public officer earning not less than GH¢1,000 per month.

In his application for bail, counsel for Yombu, Mr Fredrick Ashie Neequaye, argued that the transaction between the complainant and his client was a civil one and the car was rented out with the consent of the complainant.

“How can this be stealing?” He asked.

The facts as presented by Assistant Superintendent of Police (ASP) Fuseini Yakubu were that the complainant, Ben Kofi, was a businessman and a resident of Teshie, Accra.

He said in August 2020, the complainant, who was also into car rentals, was approached by Yombu to rent out his Toyota Corolla car with registration number GS 4440-20, valued at GH¢ 80,000.

ASP Yakubu said the daily rate of GH¢ 250 was agreed upon between the complainant and the accused person.

Yombu further made a deposit of GH¢ 1,350 and left with the car.

The prosecutor said after the expiration of the rental period, Yombu failed to bring the car to the complainant, the situation according to ASP Yakubu, alarmed the latter.

“The complainant hence, contacted, the accused person on phone to return the car but failed to do so and disabled the vehicle tracker in the car,” he said.

ASP Yakubu added that the complainant after an unsuccessful attempt to locate the car followed up on Yombu in person to his house but he could not find him at the address he gave when he signed the agreement.

According to the prosecutor, information gathered from the place of residence of Yombu revealed that he rented the house for only a month and vacated immediately after renting the car.

ASP Yakubu said on October 11, 2020, Yombu was arrested and during interrogations, he admitted to renting the car but told the police that he gave the car to his South African girlfriend who also took it to Takoradi.

Yombu, according to the prosecutor, further stated that his alleged girlfriend could not be traced and he did not know her whereabouts together with the car.

After investigations, Yombu was charged with the offence and arraigned.