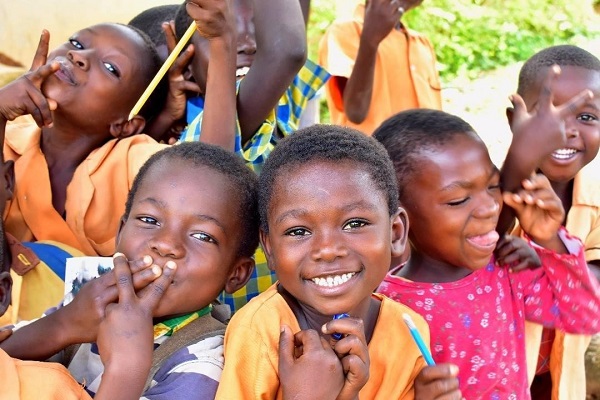 A greater percentage of parents did not have the capacity to support their children
30.5k Shares

THE absence of parents at home to care for their children has potential effects on them. When children are alone, whatever activities they engage in are not supervised.

The resulting consequences are stress, boredom, overeating and engagement with peers for longer hours, the Executive Director of Child Rights International has said.

He noted that in urban areas, children have unlimited and unregulated access to online platforms which have the potential to incur online bullying, abuse and sexual exploitation.

As a result of the lack of regulation by parents, he said children have access to adult content that has negative impact on their growth process.

Mr Appiah expressed worry that a greater number of children will go through abuse by other people without the knowledge of their parents or guardians due to their absence.

World Children’s Day
In an exclusive interview with The Mirror in Accra, on the occasion of this year’s World Children’s Day, which coincided with the launch of a report by Child Rights International on COVID-19: State of Children in Ghana, Mr Appiah disclosed that in urban areas, six out of every 10 children spend six hours alone without the presence of their parents or guardian.

He noted that two out of every five children surveyed experienced physical abuse and maltreatment.

About five per cent of children had experienced maltreatment once or twice in a day, he pointed out.

Mr Appiah expressed worry that eight out of every 10 children interviewed preferred to be in school instead of being at home.

The family system
Mr Appiah pointed out that the deadly coronavirus (COVID-19) pandemic has presented an abnormal situation that has distorted the routine within the family system.

He observed that most parents depended on schools as an alternative care system for their children.

Despite school closure, the corporate environment had not changed its calendar to accommodate the lapses that were emanating from the family system to allow parents to spend time with their children.

This, he noted, was laying a heavy toll on children and could possibly lead to other vices that could affect the welfare and well-being of children.

The gap
In Ghana, for instance, he said, there was the need to fill the gap on how COVID-19 was taking a toll on children.

Based on this, he said, the CRI sought to unravel the behavioural pattern of the virus in children and the socio-economic state of children, and in line with that, propose alternative systems of protection for children.
COVID-19 has established a certain trajectory that provides incidence of COVID-19 among children between the age cohorts of 0-14 and 15-17 in Ghana, he stated.

The Executive Director further disclosed that in Ghana, the data projects a low incidence of COVID19 among children.

The nationwide data showed that from March 11 to November 9, 2020, out of 49,202 who contracted the COVID-19 virus, 2,180 children below 18 years have contracted the virus representing 4.43 per cent of the total contraction rate in Ghana.

Based on the trajectory, he said children have recorded the lowest admissions in all hospitals across the country, adding that majority of children who contracted the COVID-19 were asymptomatic.

Whether children between the ages of 0-18 are efficient transmitters of COVID-19 is something that had not been established clinically in Ghana, he emphasised.

The outcomes, he noted, required that the state intensified its campaign on making children understand the importance of adherence to protocols for the prevention of COVID-19.

Again, he said there was the need for the government to institute programmes that would boost the immune system of children such as proper nutrition systems to ensure children had a balanced diet, good personal and environmental hygiene practices and physical activity as much as possible.

Moving forward, he suggested a comprehensive nutritional plan under the school feeding programme in schools and the provision of regular information on nutritional values to the general public in order to maintain a strong immune system against COVID-19 in children.

School and COVID-19
Mr Appiah noted that children were yet to benefit from the learning platforms provided across all regions.

He said the digital platforms reached only five per cent of the children in the regions, namely Bono, Ahafo, Ashanti, Western and Eastern.

The Executive Director said television and radio coverage reached 32 per cent of children surveyed except in the Greater Accra, where six out of every 10 children said they used peer and parental support in learning.

Despite the alternative measures put in place, 89 per cent of children complained that distance learning platforms had not been an effective way of learning as compared to classroom settings.

Mr Appiah therefore stressed the need for technology to be considered heavily in our educational system.
He said: “This will allow the ease of its usage and application in learning modules for children as they go further in education.”

Additionally, a greater percentage of parents did not have the capacity to support their children's learning at home, he observed.

While the reason, in some cases, is the illiteracy of parents, others were not up-to-date with technology to assist their children in accessing the digital learning platforms and regulating their children's activities online.

Mr Appiah suggested a change in school routine as an option to be considered, while reporting time, closing time and general lessons timetables in schools could be adjusted in an attempt to manage the COVID-19 situation when children are allowed to be in school.