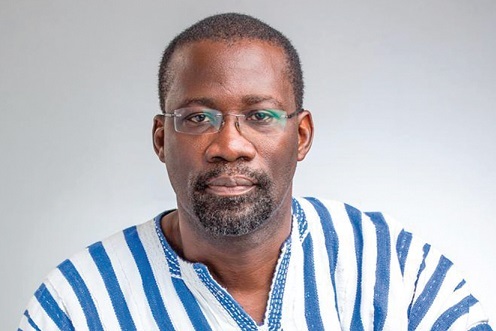 The Bulk Oil Storage and Transportation (BOST) Company Limited will spend almost GH¢200 million on a number of projects this year to help transform the petroleum sector.

The investment, which will start with the procurement process this quarter, is also to bring greater efficiency into the transportation of petroleum products within the country and for export.

The projects will include the automation and upgrade of all the company’s depots to bring them up to modern standards to deliver improved efficiency.

The six depots are located in Tema in the Greater Accra Region, Buipe in the Gonja District in the Savanna Region, Kumasi, the Ashanti Regional capital, and Bolgatanga, the Upper East Regional capital.

The rest are in Akosombo and the famous Maame Water Depot at Adome, both in the Eastern Region.

“These projects are expected to generate jobs for players in the private sector, as well as protect Ghana’s highways against deterioration as a result of the movement of heavy-duty trucks transporting fuel products from Accra to Kumasi,” the Chief Executive Officer (CEO) of BOST, Mr Edwin Provencal, disclosed in an exclusive interview with the Daily Graphic.

That was after he had paid a courtesy call on the Editor of the Daily Graphic, Mr Kobby Asmah, in Accra last Wednesday to interact with him and the Editorial team on what BOST was doing to make the national strategic petroleum product distributor one of the most profitable and efficient public organisations in Ghana.

“We will start out this quarter; we will start with the procurement processes this quarter to ensure that we get the right companies to help us update and automate our depots,” Mr Provencal said.

“Despite the achievements we have chalked up, we still think we need to go full-blown automation to be able to become more competitive,” he added.

Again, he revealed that BOST was likely to go into the supply of liquefied petroleum gas (LPG) throughout the country.

“Wherever we have a depot, we will put an LPG plant there to help in the transition from fossil fuel to gas, in line with climate action plans and the President’s initiative on clean fuels,” he said.

Mr Provencal said in the quest to leverage every opportunity to make the company more relevant on the continent, BOST would also take advantage of the African Continental Free Trade Area (AfCFTA) to do a lot of business with neighbouring countries offshore.

“In that regard, we are happy to say that the National Petroleum Authority (NPA) is playing a key role to ensure that there is an organisational policy so that trucks do not have to move all the way from Burkina Faso and Mali to Accra to pick fuel.

“When they do that, they destroy our roads; they increase our social cost. So if the NPA assists by implementing that organisational policy, it will help us save money on our roads,” he explained.

He said BOST was determined, together with the NPA, to do away with all the illicit trade and adulteration of products to ensure that quality was maintained.

On the company’s financial performance over the last five years, Mr Provencal said he took over an organisation that had a $624-million debt hanging on its neck.

On top of that, there was another GH¢284 million domestic legacy loan on the books, he said.

Then, he said, each of the company’s transportation assets, including the transmission pipelines and barges, was 100 per cent out of service.

“We were virtually hanging on a noose, basically, and then you are asked to perform,” he recounted.

The BOST CEO indicated that much as the job virtually looked impossible, management and the board and staff were determined to turn around the situation.

“Today, all our marine assets are working and generating income for the company. We have our pipelines, especially the one connecting Buipe to Bolga, working, and we have all but one of our depots working, for which reason we are able to export to neighbouring countries,” he said.

Mr Asmah welcomed the intervention being made by the current administration of BOST and described it as very positive which would go a long way to sustain the business.

He said with the right approach to BOST and its efficient management, BOST would be in much higher position to play its rightful role in the development of the country.

Mr Asmah pledged the support of GCGL to the cause of BOST and its bid to overcome its teething challenges including obsolete machines, poor capitalisation and fuel adulteration that worsened its financial position.

Furthermore, Mr Asmah said it was very encouraging that BOST was using the same human resource to turn around the business.

He challenged them not to rest on their achievements so far but even to work harder to make BOST globally competitive.

Mr Asmah took the opportunity to explain the news processes and selection to the BOST CEO and his team in which he underscored the premium the group places on higher standards of professionalism, integrity and verification.

He said the work ethos of the group hinges on truth and accuracy every day and this was what had made the various brands of the group “must read and must keep”.