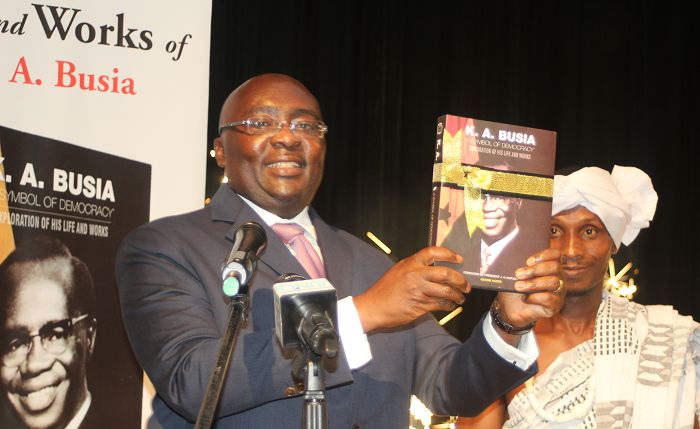 “The life of Kofi Abrefa Busia occupies a fascinating spot in the history of Ghana as a result of the intellectual and good governance legacy he left behind, having served as Ghana’s Prime Minister of the Second Republic.

“It is this legacy and the vision that preceded it which has motivated the publication of this book. The book gives us much to think about and things to still consider in Ghana’s development,” former President John Agyekum Kufuor stated in a foreword in the book titled: K.A. Busia, a symbol of democracy which was launched in Accra last Wednesday.

The former President’s foreword summed up his reverence for Dr Busia, the late leader of the then Progress Party (PP), admitting that he owed what he had achieved in his political career to the leader who had hand-picked and nurtured him.

Describing Dr Busia as a “mentor, master and forebearer”, an emotional President Kufuor had to push back tears halfway through his speech, saying: “I resolved after Dr Busia’s death in exile that I will be in politics to continue from where he left off.”

He said the late Prime Minister upheld the rule of law and was keen on rural development, private initiative and equality of opportunity, a legacy he said he pursued when he too became President.

The book, authored by the Chief Executive Officer (CEO) of the Busia Institute for Rural and Democratic Development (BIRDD), Mr Anane Agyei, explores the life and works of Dr Busia.

Launching the 400-page book of nine chapters, the Vice-President, Dr Mahamudu Bawumia, described the late Prime Minister as an “intellectual’s intellectual” who was a repository of knowledge, admitting that he (Dr Bawumia) too had been a major beneficiary of Dr Busia’s intellect.

According to him, the late Prime Minister, who was in office from 1969 till his overthrow in 1972, gave meaning to democracy, describing him as “a champion of democracy, a lover of free speech and a key proponent of respect for rights and the separation of powers”.

“Dr Busia accommodated divergent views so as to nurture democracy in the country, despite the often harsh criticisms. It is an incontestable fact that when Dr Busia left power there was not a single political prisoner in any of the country’s prisons, a phenomenon that was very uncommon in Africa,” the Vice-President added. 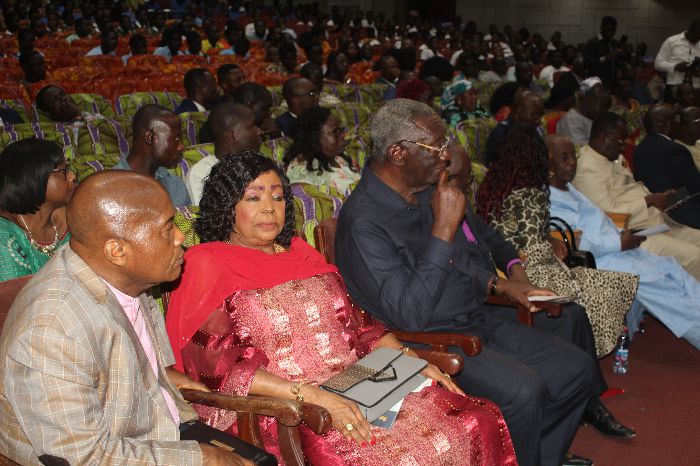 The launch was attended by some family members of Dr Busia, Members of Parliament (MPs), Ministers of State, traditional leaders, students and members of the public.

“Time and events have placed Dr Busia on the right side of history and Ghana collectively now accepts his far thinking ideals and those of his colleagues of the erstwhile United Party that the best way to govern a country is through multi-party democracy,” Dr Bawumia said.

On Dr Busia’s policies, the Vice-President said Dr Busia transformed the country significantly based on his rural industrialisation policy, building of roads, health policies, construction of schools, as well as extending pipe-borne water to various parts of the country.

“After almost half a century of Dr Busia’s leadership, we continue to see clear footprints of his administration.

“That was the philosophy of Dr Busia and that is what the NPP followed under President Kufuor and now President Akufo-Addo,” he added.

In a review, a Senior Research Fellow at the Institute of African Studies, Dr Ebenezer Ayesu, said the book was an invaluable collection of materials relating to the life and works of Dr Busia which epitomised what he stood for as a humble academician of international repute and politician.

The Board Chairman of the BIRDD, Baffour Kwabena Gyima Ankoanna, who is also the Tufuhene of Asante Mampong, touted the role played by the late Prime Minister, which he said resulted in the creation of the National Commission for Civic Education (NCCE).

The first three copies of the book were bought by Dr Bawumia on behalf of President Akufo-Addo, himself and the New Patriotic Party (NPP).