Black Stars must write their names in gold — Rev. Kyenkyenhene 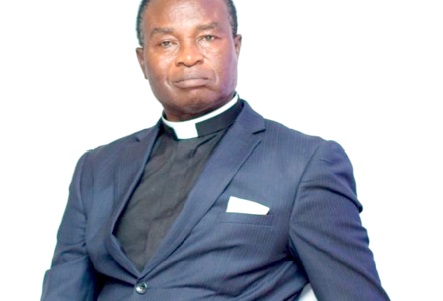 “Having defied all odds to defeat South Korea in their second group match, the Black Stars have an opportunity to book a place in the round of 16 stage of the tournament if they defeat Uruguay. So, they should go all out to print their names in gold by adding the South Americans to their victims,” Rev. Kyenkyenhene told Daily Graphic in an exclusive interview.

Recalling last Monday's match against South Korea, Rev. Kyenkyenhene said in spite of the 3-2 victory, the Stars' overall performance was not the best.

He explained that while the defenders failed to live up to expectation and allowed a substitute to score two goals in quick succession to put Ghana under intense pressure, the midfield, which is the engine of the team, caved in in the dying minutes of the match.

“The defenders lost concentration and this allowed South Korea to score two quick goals, but against Uruguay, they should not only mark their opponents well, but cover up for their teammates when the need arises, to avoid conceding.

“The midfield should also be able to hold the ball, initiate quick attacks to push the strikers to attack in droves.

"They should also fall back quickly to help the defenders to retrieve the ball as soon as they lose it,” Rev. Kyenkyenhene, who was part of the Black Stars team which won the Africa Cup of Nations hosted by Ghana in 1978, advised.

“So far, they have performed creditably in the tournament, but there is more room for improvement. With only one match to qualify for the round of 16 stage, it is important for the players to appreciate the need to improve their game so that they can qualify.”

"At this stage, they are not playing for the coach but for themselves as representatives of the nation. So, there is the need for them to be well-composed so they can make a name for themselves and their families and also put Ghana on the world map,” he said.

Rev. Kyenkyenhene also charged the strikers to be more potent and also fall deep into their goal area to defend.

“At this stage, they should play as a team and support each other and by so doing, Uruguay will fall just as South Korea did,” he stated.