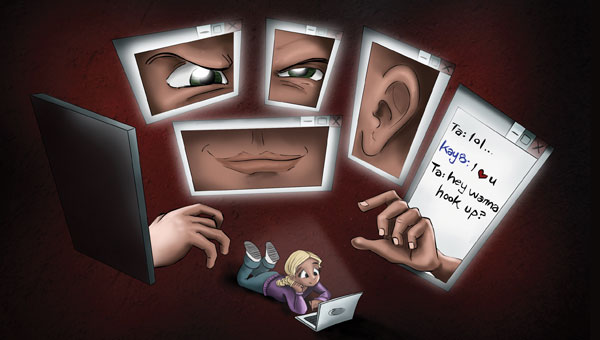 A child psychologist, Mr Yaw Asomani, has advised parents to monitor the type of games their children play on smartphones and tablets as some of these games promote negative themes.

He said while some had educational content, others promoted themes such as violence, use of vulgar language, attacks on animals, racial abuse and in some instances sexual exploitations.

Recent studies, he explained, showed that children who played violent video games for extended periods of time might engage in violent behaviour or even copy acts of violence they saw in such games.

Additionally, he said, such children might become numb to violence.

Aside from practising those negative themes, he added that long hours behind such games affected the social skills of children as they interacted less with family and friends and paid less attention to other hobbies and school work.

Mr Asomani indicated that they might also become dull and overweight since they spent long hours sitting behind those games.

He also cited a recent World Health Organisation (WHO) publication which stated that becoming addicted to video games and prioritising them ahead of regular human activity could affect the mental health of people.

“These days, playing video games has become popular among children as they spend a lot of time indoors. Some parents allow their children to spend lots of time on phones because they feel it’s convenient and occupies the child while they (parents) are busy doing other chores.

“Parents must set rules about playing time, both in and out of home, as well as monitor the content of these games,” Mr Asomani added.

Online predators
According to an IT expert, Mr Senam Sotivor, some of those games were connected to the internet and allowed children to play and interact with unknown peers and adults.

He explained that there were online predators who looked for children playing video games, and that sometimes led to real-life meetings.

He noted that smartphones had parental control settings that could control the internet sites children visited while playing games, therefore parents should read the user manuals and set those controls.

Betting centres
Although Section 48 and 56 of the Gaming Act, 2006 (Act 721) indicates that persons below the age of 18 are not supposed to patronise or be allowed into or near gaming facilities, operators of some betting centres do not adhere to these rules.

It is common to see young children gathered in video gaming centres, as well as some sports betting centres which are usually hidden within busy communities.

According to the Gaming Commission of Ghana, there are over 500 video gaming centres across the country, with most of them operating illegally.

The commission recently launched a campaign to clamp down on such centres which were open to young people.
According to the Public Affairs Manager of the commission, Ms Beatrice Baiden, the first approach was to sensitise the young people so they did not patronise such places.

The campaign, which is in collaboration with the National Commission on Civic Education (NCCE), is targeted especially at children to educate them on the rules of gaming and some effects of gaming on their health.

There is also a task force made up of members of the commission and personnel from the Ghana Police Service that frequently visits these sites to monitor their activities.