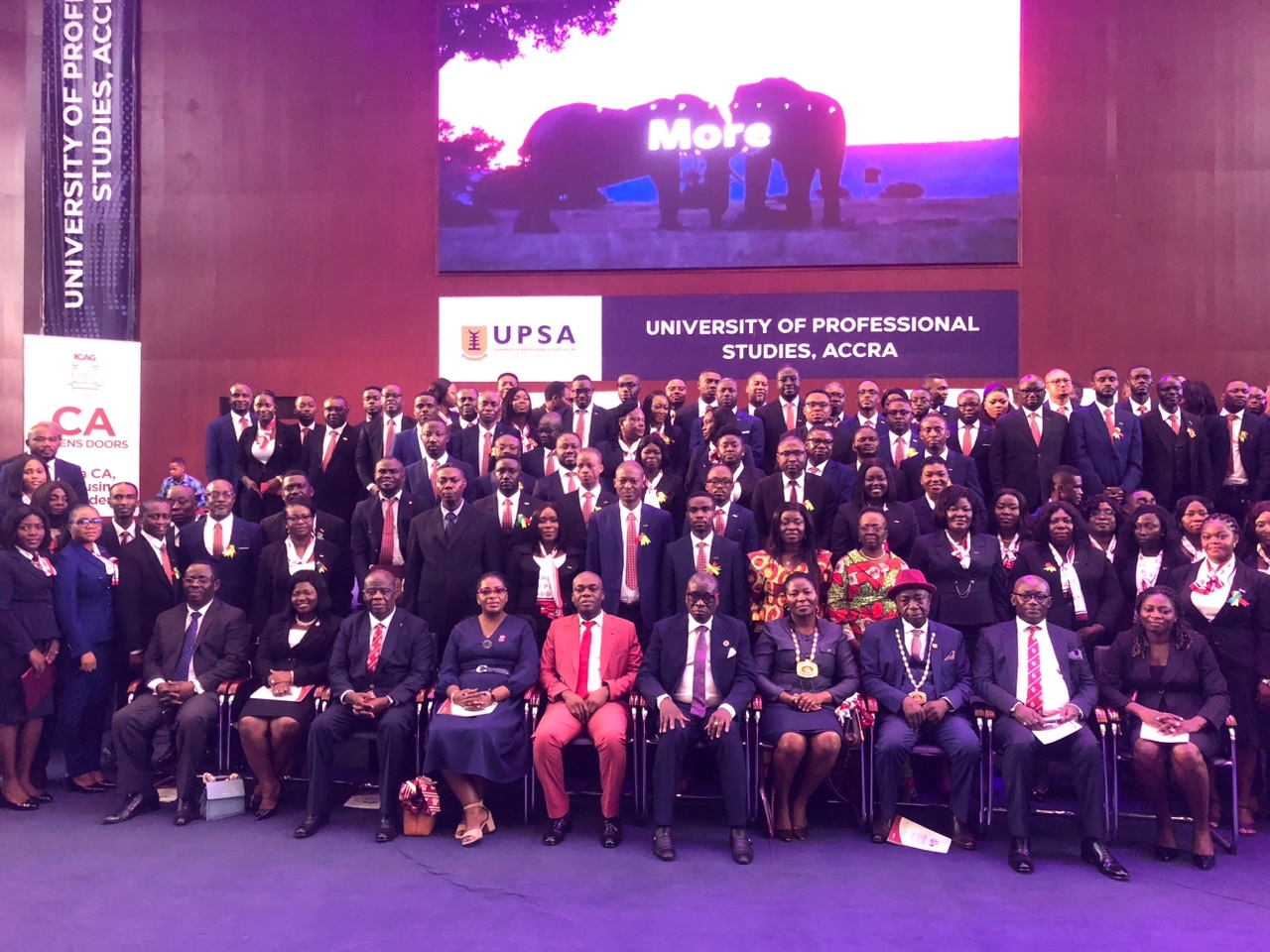 • Sena Dake (4th from right), President of ICAG, Dr K.K Sarpong (5th from right), Council Members of ICAG and some of the gradunads after the ceremony
30.5k Shares

The regulatory body of the accountancy profession in the country, the Institute of Chartered Accountants, Ghana (ICAG), has advised the government to be disciplined with its expenditure this year as it battles to resolve the economic challenges facing the country.

Speaking at the institute’s 40th Graduation and Admission Ceremony in Accra last Saturday, the President of ICAG, Sena Dake, said the government must spend within its means by prudently balancing its revenue with its expenditure, as stipulated by the Fiscal Responsibility Act, 2018 (Act 982).

“We admonish the government to stick to fiscal discipline, in line with the Fiscal Responsibility Act 2018 (Act 982),” she said.

The ceremony saw the graduation and admission of 422 graduands as fully qualified chartered accountants (CAs) and members of the ICAG, while 134 became associate members, with 80 already practising CAs conferred with Post-Chartered Diploma in various fields of accountancy.

It was attended by council members of ICAG, senior management of the institute, including the Chief Executive Officer (CEO), Kwasi Agyemang, with the immediate past CEO of the Ghana National Petroleum Corporation (GNPC), Dr K. K. Sarpong, as the guest of honour.

Section Two of the Fiscal Responsibility Act, 2018 (Act 982) enjoins the government not to maintain a fiscal deficit (the difference between revenue and expenditure) of more than five per cent of gross domestic product (GDP) in a given year.

However, Section Three allows the Minister of Finance to suspend the provision in Section Two in the event of a natural disaster, a public health emergency, drought, war, unanticipated economic shock or where GDP growth rate is one per cent or less.

Per Section 3(3) of Act 982, the Minister of Finance must seek parliamentary approval within 30 days after suspending the Fiscal Responsibility Act.

Ghana is reeling under severe economic conditions, with inflation at 54.1 per cent and the public debt at GH¢467.4 billion, representing 75.9 per cent of GDP.

The country’s credit worthiness has been slashed to near junk status by all the international rating agencies, a situation which has made it practically difficult for it to access finance on the international financial market.

The government is currently negotiating for a $3 billion support from the International Monetary Fund (IMF), and as part of measures, it has introduced a debt restructuring programme to enable it to bring the country’s debts to sustainable levels.

Apart from maintaining fiscal discipline, the ICAG also urged the government to continue to expand the tax net and improve revenue mobilisation through technological innovations.

“We expect the government to boost its digitalisation drive in revenue mobilisation and highly automate the process to obtain optimised tax and non-tax revenue,” Ms Dake said.

She said one area the government ought to pay attention to was the disparity in the amount of foreign currency leaving the country for imports and the actual goods coming in.

The government, she added, must create a system based on the Bank of Ghana (BoG)/SWIFT system “to reconcile the volume of foreign currency transferred and the value of goods received into the country”.

Ms Dake said as the regulatory body for the accountancy profession and the training of accountants, the ICAG would continue to improve on standards in the profession and ensure compliance with relevant laws to promote national development.

She, therefore, called on audit and accounting firms, as well as accountants who belonged to other accounting bodies, to register with the ICAG, in line with the ICAG Act, 2020 (Act 1058), as failure to do so was an offence.

For his part, Dr Sarpong, who is also the Chancellor of the University of Professional Studies, Accra (UPSA), advised accountants to constantly improve on their skills to be able to resolve current challenges and remain relevant in today’s world.

He also urged them to make integrity their hallmark, saying that competence and experience without integrity would be catastrophic, not only for accountants but also people who depended on their services.