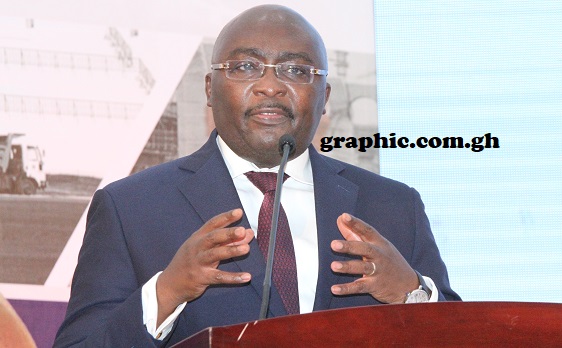 Dr Mahamudu Bawumia has been sworn into office for a second four-year term as Vice President of the Republic of Ghana.

Dr Bawumia was administered the oath of office by Chief Justice of Ghana, Kwasi Anin-Yeboah today at the inauguration ceremony of President Nana Addo Dankwa Akufo-Addo in Parliament.

After serving his first term as Vice President to President Akufo-Addo between 2016-2020, the pair were re-elected at the December 7, 2020 General Election.

Nana Akufo-Addo who contested the election on the ticket of the New Patriotic Party (NPP) won with 6,730,413 votes which represents 51.295 percent of the total valid votes cast.

His closest competitor, John Dramani Mahama from the National Democratic Congress (NDC) got 6,214,889 votes representing 47.366 per cent. Mr Mahama is currently challenging the outcome of the election at the Supreme Court.

His areas of specialisation include Macroeconomics, International Economics, Development Economics and Monetary Policy.