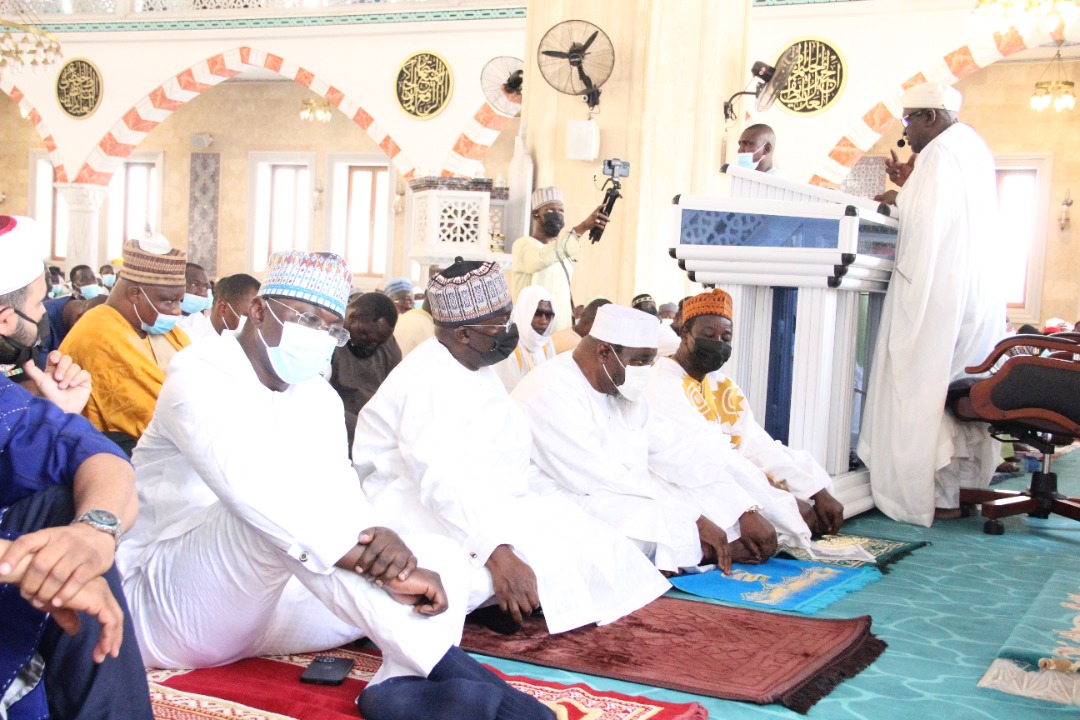 The Vice President, Dr. Mahamudu Bawumia on Friday, March 4, 2022, joined his fellow Muslims at the National Mosque in Kanda, Accra for a special Independence national thanksgiving.

Ghana will mark her 65th Independence Anniversary on Sunday, and as has been the norm in previous years, Islamic and Christian thanksgiving prayers precede the independence celebration on the last Fridays and Sundays before Independence Day.

Dr. Bawumia was accompanied by the Second Lady, Hajia Samira Bawumia, and a host of Muslim government officials to the National Mosque for Jummah Prayers (Friday congregational prayer), and the thanksgiving session.

After Jummah prayers, Vice President Bawumia requested for special prayers to be offered to the Almighty Allah for His immense grace to the nation in the midst of diseases, political and religious turmoil across the West African Sub-region and the continent as a whole.

The Imam of Takoradi, Imam Awal Ibn Sheikh Shuaib Korafiri who stood in for the National Chief Imam, led supplications exalting the Almighty Allah for His blessings on the nation.

Prayers were also said for the leadership of the country for God’s guidance and protection, as well as for the sustenance of the peaceful co-existence among citizens.

Citizens were not left out, as prayers were said for more prosperity for the nation and citizens.