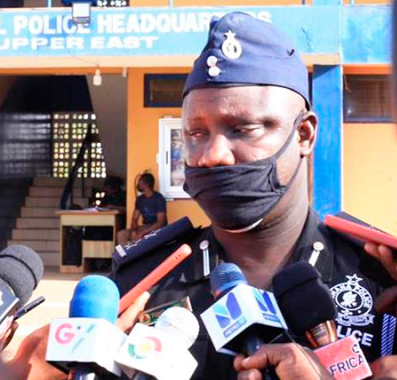 The Inspector-General of Police has deployed an 18-member police team from the Marine Police Unit of the Ghana Police Service to support the National Disaster Management Organisation (NADMO) in the Upper East Region to deal effectively with the negative impact of floods due to the spillage of the Bagre and Kompienga dams.

Some of the personnel are currently on standby at the Upper East Regional Police Command at Bolgatanga, while others have been deployed to flood prone areas including riverine areas where there are bridges.

SONABEL, the agency that manages the Bagre and Kompienga dams in Burkina Faso, has announced that the annual spillage of the dams would take place between August 27 to today.

The Public Relations Officer of the Upper East Regional Police Command, Assistant Superintendent of Police (ASP) Mr David Fianko-Okyere, who made this known to the Daily Graphic, said the deployment was part of measures by the police service to support NADMO in the region to carry out rescue operations if need be and to avert casualties during the spillage of the dams.

ASP Fianko-Okyere further explained that the IGP had assured the region of reinforcement of the Marine Police personnel depending on the situation on the ground.

He noted that some roads were likely to be diverted to pave the way for easy vehicular movement during the floods and that some of the personnel from the Marine Unit could be of help in such situations.

“Since we got the information that both dams were likely to be spilled on the August 27, that was last Friday, measures have been put in place to ensure that we deal with any possible security threats that may arise as we are mandated to do,” he stressed.

He intimated that “in case of road diversions, we have further put in place strategies to ensure that personnel are available to control traffic and provide escort because criminals also take advantage of the situation to rob commuters."

ASP Fianko-Okyere cautioned the public against raising false alarms to “ensure coordinated efforts in dealing with the negative impact of the floods."