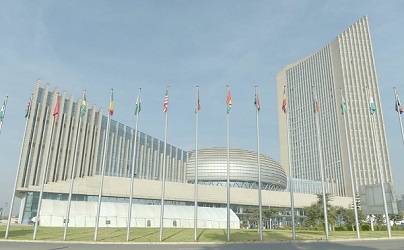 When the Organisation of African Unity (OAU), established on May 25, 1963, was disbanded and metamorphosed into the African Union (AU) on May 26, 2001, there was wide optimism that it was the birth of African growth, cooperation, togetherness, prosperity and more importantly, Africa taking charge of its own affairs and making an impact on the world stage.

Some African leaders, notably the then Libyan Head of State, Muammar al- Gaddafi, mooted the idea of the AU in the mid-1990s and worked tirelessly to bring it into fruition.

Gaddafi’s initial idea and efforts were geared towards some sort of union government for all African countries. This was dead on arrival and received little support from the other leaders, but eventually a form of enhanced union, closely akin to that of the European Union (EU) but with enhanced political mandate was agreed on, leading to the birth of the AU.

Formation of the AU

The AU was negotiated over a period of time and signed by African Heads of States on September 9, 1999 in Sirte, Libya, followed by a summit in Lome, Togo in 2000, and the adoption of the Constitutive of the African Union in Lusaka in 2001. The AU was then officially launched in Durban, South Africa on July 9, 2002.

The AU concept was seen as an attempt by African leaders to rebrand the continent, align the 55 countries more economically instead of just the political solidarity system that the OAU stood for. It was like turning the “Dictators Club’’ as the OAU was known for into a more efficient economic and political system that worked for the benefit of the African.

With 55 countries endowed with all the natural resources available on the planet, and with a population of 1.3 billion people, there were high expectations for the AU as the catalyst for a prosperous Africa.

The objectives for forming the AU were, among other things, to achieve greater unity, cohesion and solidarity among African countries, defend the sovereignty, territorial integrity and independence of member states, accelerate the political and socio-economic integration of the continent and promote sustainable development at the economic, social and cultural levels as well as the integration of African economies.

Twenty-one years after the creation of the AU, most Africans wonder if the institution has lived up to its mandate and even if it is still relevant in the scheme of things on the continent.

With the fanfare, enthusiasm and hope that characterised the formation of the AU, the expectation was for the union to have achieved far more than it has currently had. It is, however, saddled with some if not all the challenges that bedevilled the OAU.

As at now, the 55-member countries are unable to adequately fund the activities of the AU, a situation which compels it to seek external financial support. It is estimated that about 65 per cent of the AU’s budget is funded by external bodies such as the European Union and other foreign countries.

One therefore wonders how Africa can achieve a union that would promote economic growth, peace and stability, and also do away with the shackles of neocolonialism if it cannot achieve financial independence in the funding of the AU.

Overdependence and reliance on external partners do not only make the AU undermine its assertiveness, but it tends to undermine decision-making, and also makes it difficult for the AU to respond quickly to problems confronting the continent such as food crisis and armed conflicts.

It must be noted that this lack of funding did not start now; it has been part of the AU since its formation 21 years ago and was also a major feature of its predecessor, the OAU.

There have been numerous suggestions and attempts on how to resolve this challenge and ensure that the AU is fully funded from within.

Some have suggested that the AU prioritises its projects and do away with ones that it cannot fund, but with the myriad of challenges confronting the continent, the AU cannot afford to do that.

Another challenge confronting the AU is the rampant military takeovers that the continent has experienced in recent times. Mali, Guinea and Burkina-Faso have all suffered coup d’états. Some have accused the AU of being soft on such unconstitutional changes to governments and have even suggested that the lukewarm attitude of the AU has emboldened the men in uniform to take over governments through the barrel of the gun.

The AU has also been accused of being a club of old leaders who have lost touch with the ordinary African. It is therefore seen as not having any impact or bearing on Africans.

In spite of the challenges, the AU is still relevant and continues to play a crucial role in the development of the continent.

Under the ambit of the AU, the 55 African countries have adopted the Africa Continental Free Trade Agreement (AfCTA), a revolutionary free trade agreement that seeks to establish the largest free trade area in the world.

During the COVID-19 outbreak, the AU established a comprehensive and common COVID-19 vaccine buying platform for African countries, which went a long way to ensure that African countries had access to the vaccine to prevent the pandemic from becoming a major disaster.

The AU has also been at the forefront of numerous peacekeeping missions in some African countries and has also implemented a system of political dialogue and support to prevent such countries from becoming failed states. A clear example is the AU missions in Somalia and the Central African Republic.

The AU can do more to meet the aspirations of Africans but there is the need for African leaders to build a strong AU and see it as the means to change the continent and not just a body that gives credence to their power.