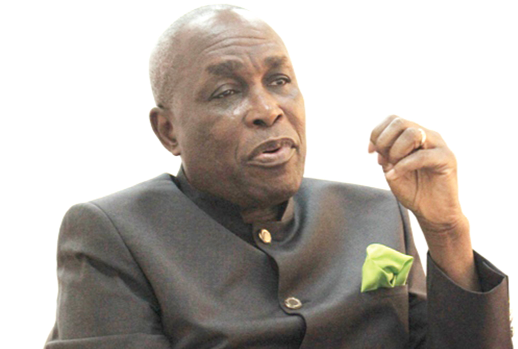 A labour consultant, Mr Austin Gamey, has called for an independent third party to intervene in the impasse between the National Labour Commission (NLC) and the University Teachers Association of Ghana (UTAG) over the association’s ongoing strike.

That, he said, was because of the loss of confidence by the association in the NLC over the issue.

Speaking to the Daily Graphic in Accra yesterday, Mr Gamey said: “So now we need an impartial third party who has no say in the matter to step in and help reach an expedited resolution of the matter by doing med-arb (a dispute resolution process that combines mediation and arbitration).”

Mr Gamey suggested that UTAG and the Fair Wages and Salaries Commission could go to the NLC, get a list of arbitrators and mediators and choose one from it to intervene in the matter.

On August 2, 2021, UTAG began an industrial action over what it said was the failure of the government to restore the 2012 salary levels for its members.

The NLC last Friday secured an interlocutory injunction from the Accra High Court to compel UTAG to return to work.

However, the association has remained defiant over the 10-day injunction.

Mr Gamey, who is the Chief Executive Officer of the Gamey and Gamey Group, called for a quick resolution of the matter now “before we get to a full red-zone type of crises”.

“For now, we are in the yellow zone,” he added.

The labour consultant said the NLC Chairman should be able to invite UTAG again to get it to talk over the issues, otherwise, the President himself could get involved, as the matter was slipping from the hands of his assigns who were unable to resolve it.

In the case of vice-chancellors of the universities, he said at this point they would not be able to do much because they might be seen as interested parties in one way or another.

Court not the best

Mr Gamey said under normal circumstances, the matter should not have gone to the law courts, since doing that and citing UTAG for contempt would deepen the crisis.

“I think out of enthusiasm somebody quickly went to court and now UTAG has been cited for contempt of court. If this is to be enforced, someone has to be arrested and possibly jailed. If this is done, then you are deepening the crisis because the members will never return to school until they get what they want.

“If we don’t want crisis, I think we should be sober, reflect on the issues and look for people to assist in resolving the matter once and for all. It can be resolved,” he emphasised.

Mr Gamey said he was prepared to offer himself if the parties wanted him to, since he did not have any interest in either group (employer and union), and that his interest was in peace and industrial harmony.

“They will all not get what they want fully, but it will be resolved because if it is allowed to fester the way it is festering, I can guarantee you it will become something else.

“These (UTAG members) are not ordinary people in a market square that you can easily go and push around; they know their way and so I strongly suggest that once they say they do not have confidence in the NLC, what it means is that if they appear before the commission, then that jaundiced mind will already be there,” he said.

Asked how such labour issues could be prevented from recurring, he said Ghana was not fully implementing the law, both in spirit and letter, because under the law, the current issue would not have arisen, as negotiations would have been smooth, and that if there was a stalemate, the law prescribed what should be done.

“We are not following the principles contained in the law. That is what is creating the problem. Labour legislation is done having civility and the relationship in mind; it is not done with the traditional legalistic approach in mind.

“This is industrial relations. We have not criminalised industrial relations; we have made it a civil-like type of thing and that is why we set up an NLC. We have also set up room for you to use private people who are third parties to guide and assist you voluntarily. That is the way it is. We are not implementing the law, and that is what is creating the problem,” he said.

“So the way forward is that we must learn the art and science of negotiation; we must agree that anytime there is a problem between two parties, the next step is either to mediate or facilitate, which is the last resort, the way forward,” he added.

Meanwhile, UTAG has said it had filed a writ at the High Court in Accra to challenge the injunction placed on its industrial action.

It said the decision followed an advise by its lawyers yesterday.

The President of UTAG, Prof. Charles Marfo, who made this known in an interview with the Daily Graphic yesterday noted that the lawyers advised that once the NLC had gone to court, the association should also go to court to file a motion to set aside the injunction.

The two associations explained that their decision followed the injunction placed on their strike by the High Court ruling on August 6, 2021, as well as the various interventions made by the Minister of Education, the Minister of Employment and Labour Relations and the Fair Wages and Salaries Commission on behalf of the government, culminating in a road map to ensure fairness in resolving the impasse.