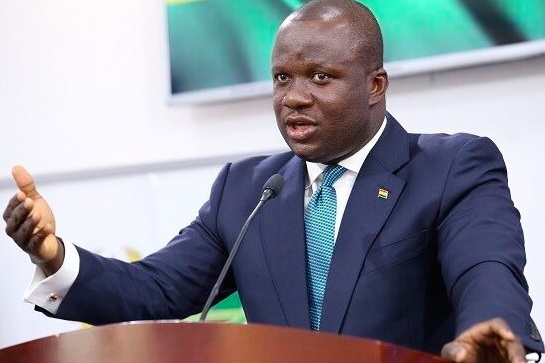 The Minister of Lands and Natural Resources, Samuel Abdulai Jinapor, has said the Appiatse community reconstruction project will commence by July, this year.

He said it formed part of President Nana Addo-Dankwa Akufo-Addo’s initiative to construct green communities across the country.

He said an estimated amount of GH¢70million would be needed for the project but the amount might rise due to inflation.

The minister stated this in Parliament yesterday while answering a question which stood in the name of the National Democratic Congress (NDC) Member of Parliament (MP) for Prestea-Huni Valley, Robert Wisdom Cudjoe, but was asked on his behalf by the NDC MP for Elembele, Emmanuel Armah Kofi Buah.

" As we speak today surveyors are on-site putting in place markings and demarcations as we begin the construction in July. We have already awarded a contract to the contractor who is going to construct the town roads and the drainage, among others.

"Mr Speaker, I want to assure the House and the MPs for Prestea-Huni Valley and Elembele that a considerable amount of work is being done, and with the help of God, we will build Appiatse to the benefit of the victims of this tragic incident,” he said.

He said since the disaster occurred, the government had put in place several interventions to address the situation, and one of them was to set up the fund to raise sufficient funding for the reconstruction of the affected community.

He added that there was another effort by the National Disaster Management Organisation (NADMO), the District Assembly and other agencies who were working on relief and welfare to ameliorate the suffering of the victims.

“There is also the Appiatse Reconstruction Implementation Committee chaired by my Deputy, Benito Owusu-Bio, and which is working around the clock to ensure the reconstruction of the community,” the minister said.

The Lands and Natural Resources Minister disclosed that designs for the reconstruction had been completed and the structural integrity of the various buildings which survived, soil testing, pre-contract assessment of the site, and public tender for contractors to come up with designs also concluded.

He said a project consultant had also been appointed while the process of going through public competitive tender in order to select contractors for the construction of the buildings were also on course.