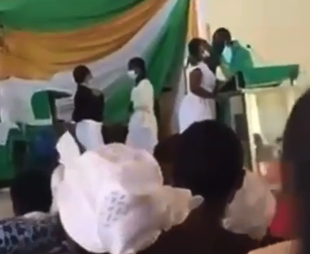 The hierarchy of the Anglican Church, Ghana has begun investigations into the circumstances leading to a priest of the church kissing a number of female students of the St. Monica's College of Education within the Asante-Mampong Diocese of the Church.

In a video circulating on social media, the priest is seen kissing three girls one after the other by his pulpit while an apparently bewildered congregation, including students roots for him. It is unclear what the occasion was, but the students are seen dressed in white uniforms, while the priest is also fully robed.

The Church under the leadership of the Most Rev'd Dr Cyril Kobina Ben-Smith in a statement says the video has come to its attention and that it is saddened by the news.

It says a thorough investigation has immediately been instituted into the matter and the action of the said Priest would be dealt with in accordance with the norms and values of the Anglican Communion where morality is extremely revered in the Church.

The statement requested that anyone seeking further clarifications on the matter should contact the Executive Direcror to the Metroploitan Archbishop of Ghana, Venerable Dr George Dawson-Ahmoah on 0244 351338.

"Meanwhile, all efforts are being made to engage the students concerned through counselling sessions to avert any psychological issues that may arise at a result of the viral video," the statement said. 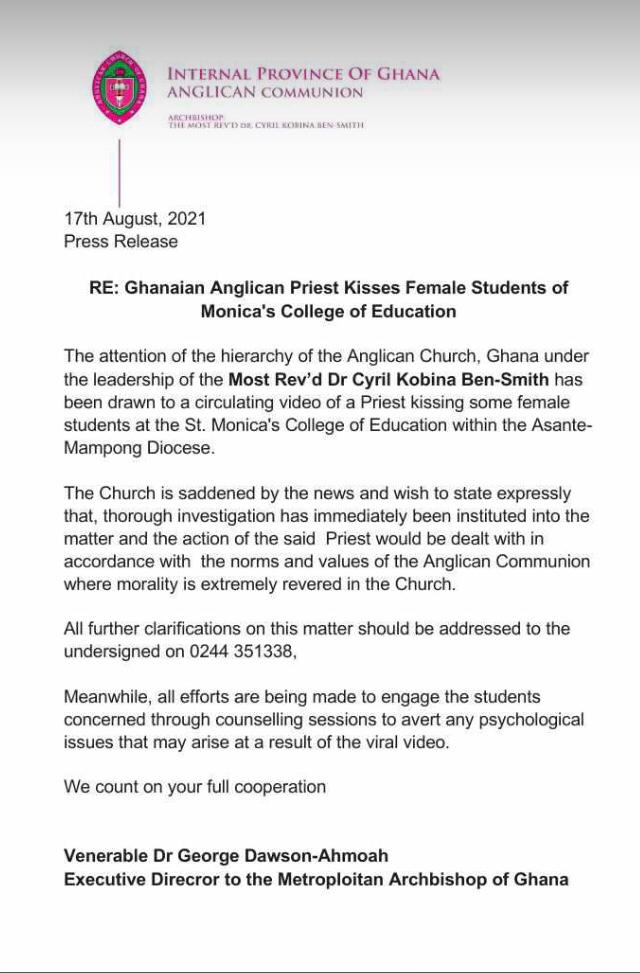