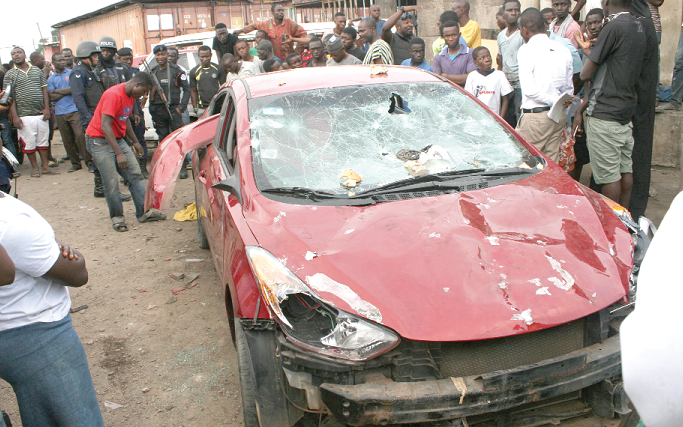 A misunderstanding over where to park a vehilce at Alajo, a suburb of Accra on Tuesday afternoon turned violent with one person sustaining a gunshot wound.

The injured person, was later sent to hospital. The suspect, a car dealer was subsequently arrested after a scene of chaos in front of a warehouse in Alajo

Accra based radio station Joy FM reported that the suspect was said to have parked his Hyundai Elantra vehicle in front of a warehouse and was asked by a mechanic in the warehouse to move his vehicle to make way for others moving into and out of the warehouse to have access.

Things reportedly turned nasty and the car dealer fired a warning shot before aiming at the mechanic.

An eye witness told the radio station - Joy FM - that the victim was rushed to the hospital but the shooting angered a number of residents present.

They started hurling stones and other objects at the vehicle with the car dealer firmly rooted in his car.

But for the timely intervention of the police, the car dealer would have been lynched.

His car was destroyed with the windscreen totally shattered and many dents on the body of the car.