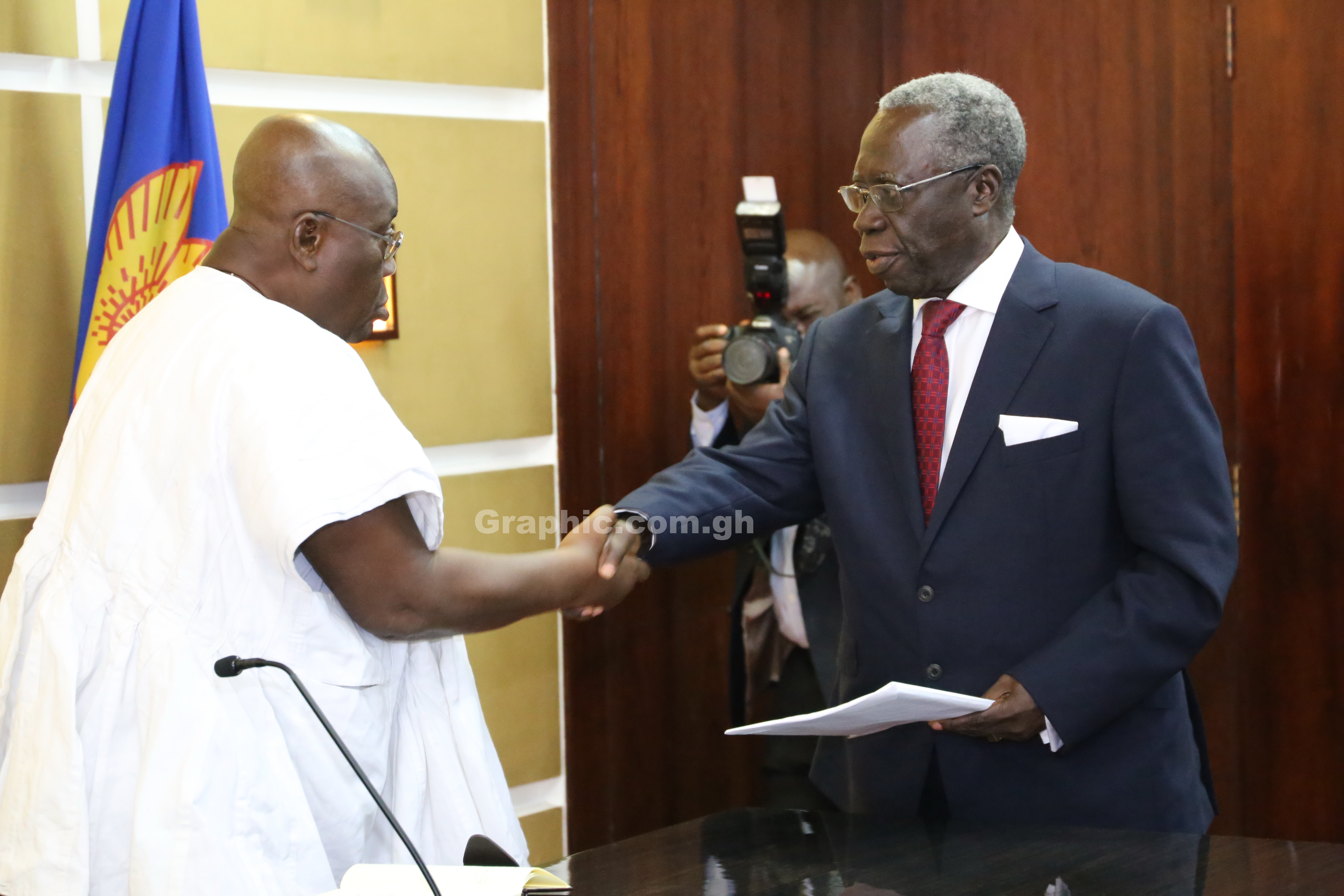 The President has been in self-isolation since July 4, 2020.

Speaking at a national COVID-19 update briefing in Accra Sunday [July 19], the Minister of Information, Mr Kojo Oppong Nkrumah, said the President will “attend to business from and out of his office at the Jubilee House from Monday”.

He said the President had tested negative after the 14-day precautionary self-isolation.

“The President of the Republic, Nana Addo Dankwa Akufo-Addo, is expected to resume out-of-home engagements from Monday, July 20, 2020, after a 14-day precautionary self-isolation period,” he said.

He said the precautionary isolation was on the advice of doctors after at least one person within his close circle tested positive a couple of weeks ago.

The President had been working from the Presidential Villa in the Jubilee House during the period.

Mr Oppong Nkrumah said the government was grateful to all well-wishers.

“The President went into self-isolation for 14 days as a precautionary measure after being exposed to a person who tested positive for the coronavirus. He, however, tested negative after his first samples were taken and has since been engaging in his official duties from the Presidential Villa,” he said.
Isolation

While in isolation, the President held two virtual meetings — government’s 80th Cabinet meeting and a meeting with his 2020 Campaign Communications Advisory Team, during which he urged the team to emphasise the need for adherence to the COVID-19 safety protocols.

“In some other matters, the Senior Minister, Yaw Osafo Maafo, you will recall, instructed us to announce his positivity to the country a number of weeks ago. He has been on supportive treatment at home since.

“His test results last Thursday came negative and he is grateful to the Ghana Health Service for the care,” the minister said.

On July 7, 2020, the government announced that Mr Osafo-Maafo had tested positive for the COVID-19.

It said the disclosure was in consonance with the government's transparency policy and with Mr Osafo-Maafo’s permission.

Mr Osafo-Maafo joined a list of some government officials who had announced the results of their COVID-19 tests.

The Minister of Health, Mr Kwaku Agyeman-Manu, and a former Deputy Trade and Industry Minister, Mr Carlos Ahenkorah, are the other government appointees who have publicly announced testing positive.

The disease has also claimed the life of the CEO of the Forestry Commission, Mr Kwadwo Owusu Afriyie, popularly known as Sir John.

He reportedly died from COVID-19 complications at the Korle Bu Teaching Hospital, where he had been in intensive care, on July 1, 2020.

On June 24, 2020, the Member of Parliament (MP) for Okere, Mr Dan Botwe, and the Minister for Education, Dr Matthew Opoku Prempeh, also announced that they were awaiting results of their COVID-19 tests, after they had been admitted at the University of Ghana Medical Centre (UGMC).